Fellowship is not just social time

Showing up for one another — and God — is a necessary practice 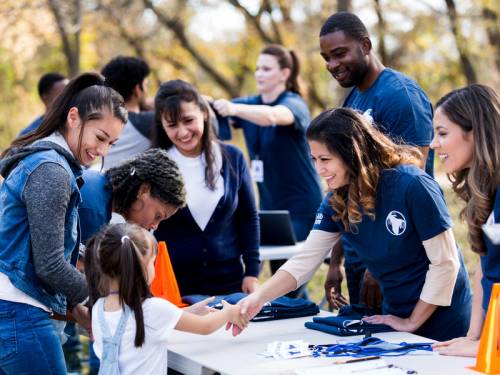 Years ago, I had the pleasure of talking with Bruce Joel Rubin, a screenwriter who won an Oscar for his screenplay of the romantic thriller “Ghost.”

The next project he would direct was “My Life.” It was a film about a young man dying of cancer played by Michael Keaton. The movie premiered the same weekend as “Mrs. Doubtfire,” starring Robin Williams. Guess which movie the public went out in droves to see?

Rubin felt bad, until he met a young man who told him how much the movie had meant to him. His mother was dying of cancer and she could see that her son was having trouble dealing with her impending death. She suggested that they see “My Life.” They came home able to talk more freely about their situation, and they wept together.

“I realized that I had made that movie for those two people,” Rubin said. “And that was enough.”

When I was a young pastor, I had a recurring dream that the church would be full, and I had no sermon. I’d wake in a sweaty panic. Now I wonder if pastors have the opposite dream. They’ve got a sermon, but no one shows up. I’m thinking about this because I have a sneaking suspicion that churches hold and treasure a spiritual practice I personally prize above all others: coming together in fellowship. But in our busy world, it’s hard finding the time to get together, and not just for social events. Fellowship goes deeper than socializing. Fellowship is participating with God and with one another in the trials and blessings of life together.

In seminary I served a little white-steepled church. When I was ordained, a group from that church came to the service, including a grandmotherly lady named Jean. She took me aside after the service to tell me how I had helped her once. I didn’t remember, so she filled me in.

“Remember when you called me and asked why I wasn’t at the party where we decorated the church for Christmas? And then you came and got me?” she asked. “Before that day, I had decided I was too old to be going out at night. But I had such a good time that night, I decided that perhaps I was being too hasty in retiring from life. I went back to my doctor and said I’d like to go ahead with those treatments for my arthritis he’d been after me to try. I felt so good I decided I’d go on a cruise. I met a man on the ship, we fell in love, we got married and …”

Everything for Jean had changed and she had chalked it up to a phone call inviting her not to retire from life.

The spiritual practice of fellowship is also important because it reminds us that no one is expendable, especially in a small church.

In my first, small church, there was an elderly usher named Eddie Gatzke. No one could remember a time when Eddie wasn’t the usher. He was warm and quiet, and before Christmas he always, very quietly, handed me a card with $20 in it.

When he died, no one jumped into the position of usher, because no one presumed they could fill Eddie’s shoes. So, for over a year we were sloppy when it came to getting bulletins into people’s hands. We couldn’t imagine the church without Eddie and there was something sweet as well as bitter about that. It just made the church all the more precious.

What does the spiritual practice of fellowship look like? In the words of Frederick Buechner, “It should have us throwing our arms around each other like people who have just discovered that every single man and woman in those pews is not just another familiar or unfamiliar face, but is our long-lost brother and our long-lost sister because despite the fact that we have all walked in different gardens and knelt at different graves, we have all, humanly speaking, come from the same place and are heading out into the same blessed mystery that awaits us all.”

Gracious God, thank you for how you are using us to inspire your church. We pray that each of us would recognize how we are — and can be — part of a church participating with you in drawing others closer to Jesus. Amen.