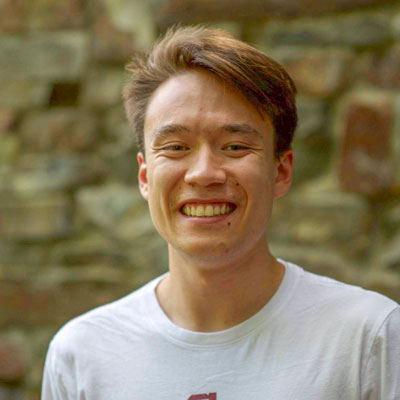 I spent the last year as a Presbyterian Young Adult Volunteer (YAV) in Austin, Texas.

In my role as a YAV, I served with Texas Impact, an interfaith advocacy organization representing the mainstream faith traditions of Texas. I worked on a research project related to Hurricane Harvey recovery and began to draw connections between climate change and this local disaster. After a few months into the project, I had the opportunity to attend the United Nations Climate Change Conference in Katowice, Poland.

Before attending the conference, I knew about climate change, but it was never something that kept me up at night. It was not until I physically stepped into the conference space and could viscerally feel the urgency around me that I realized I was working on such an important issue. It was humbling to be surrounded by thousands of passionate people all working tirelessly to reach the goals of the Paris Agreement and limit global warming to well below 2 degrees Celsius.

It was eye-opening to see how my privilege has allowed me to think of climate change as something that did not directly impact me. I could engage with climate change more as a topic for intellectual stimulation rather than seeing it as a tangible crisis. I had a change in perspective after I attended a panel event led by faith leaders from around the world. It was challenging to come to the realization that climate change affects all of us. People are suffering. It has become a human struggle that we must inevitably overcome together. We must ask ourselves not only about the kind of world we want to leave our children and grandchildren, but also about the world we want to leave our neighbors’ children and grandchildren.

The current research presented at the conference paints a very stark picture of the current trends and potential future of our planet. It may be easy to become overwhelmed by current reports, to be dismissive or to fall into despair. Perhaps it is more convenient to ignore the current state of affairs as something that the next generation has to deal with. However, the overall theme of the conference was not focused on discouragement but urgent hope. I am also inspired by people like Greta Thunberg, a teenager from Sweden and climate justice activist, and so many other young people who have chosen to call out inaction.

After the conference, I thought about my own values. Similar to the paradox of faith is the paradox of activism. It is grounded in the conviction that despite incredible challenges, insurmountable barriers and apparent impossibility of producing any real change, there is the radical belief that we always have a choice to act, so that the status quo never has the final word.

For healthy minds and bodies and the senses you have given us to enjoy this wonderful world, O Lord, we give you thanks and praise! Amen.