Endorsements are ‘akin to a miracle’ 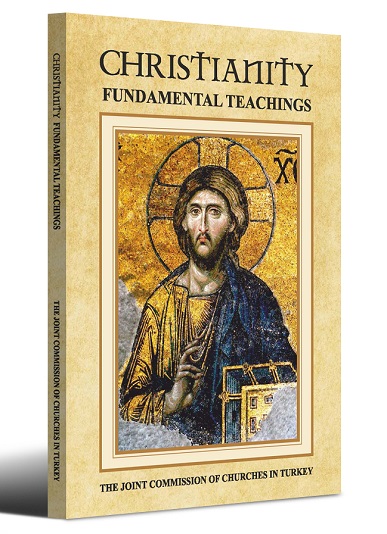 A joint commission of Turkey’s major Christian denominations has published a historic book of Christian doctrine, receiving the unprecedented endorsement of all the nation’s Orthodox, Catholic, Armenian, Syriac and Protestant churches.

According to Armenian Bishop Sahak Masalyan, keynote speaker at the  launch of the English edition in Istanbul, the “most spectacular aspect” of the book is in fact its first page of endorsements, which he declared “akin to a miracle.”

“[This book] expresses the shared beliefs of the churches in Turkey. We approve its publication and recommend that it be widely read,” his statement says.

Undersigned are the ecclesiastical leaders of all mainstream branches of the Christian faith in Turkey: the Orthodox Patriarch, Armenian Archbishop, Syriac Metropolitan, Chairman of the Catholic Bishops and the church leader chairing the Association of Protestant Churches.

“For churches that have ostracized each other for centuries, leaving a legacy of deep divisions and resentments,” the back cover explains, “to sign their names to such a work is no small step toward Christian unity.”

Entitled Christianity: Fundamental Teachings, the 95-page volume was first released in Turkish in 2015 by the Bible Society of Turkey. Its purpose is spelled out clearly in the preface: “To help every Christian in Turkey understand their own faith doctrines … held in common by all Christian churches.”

Turkey was key to the history of the global Christian church through many centuries. Its significant cities such as Ephesus were visited by the apostle Paul, himself born in Tarsus, and several New Testament books named after its towns and regions. 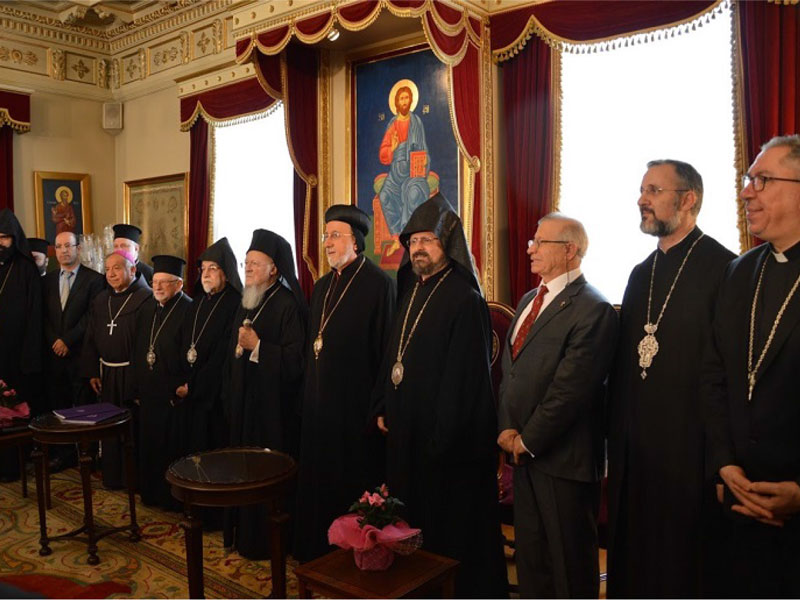 “For Churches that have ostracised each other for centuries, leaving a legacy of deep divisions and resentments,” the back cover explains, “to sign their names to such a work is no small step toward Christian unity.” (Photo: The Bible Society of Turkey)

Istanbul, until 1453 known as Constantinople, became the center of (Eastern) Orthodox Christianity and home of the medieval world’s largest church, Haghia Sophia, now a mosque and national museum. It was also where the Eastern Orthodox and Roman Catholic churches broke communion during the Great Schism of the 11th century.

Today, Turkey’s Christian communities add up to less than 100,000 citizens in overwhelmingly Muslim Turkey, among a population of 80 million.

But Bishop Masalyan declared: “We owe the birth of this book to the Turkish state.”

Back in 2002, complaints had reached Ankara that some of Turkey’s school textbooks contained misinformation about non-Muslim religious beliefs. In response, government officials asked representatives of Turkey’s churches to participate in a joint commission to prepare basic texts to explain Christian beliefs for the country’s schoolbooks. Over the next year the incorrect texts were replaced with accurate information written by the Christians themselves.

But as Ecumenical Patriarch Bartholomew said, the government-launched project had brought the church representatives “closer to each other, to discover and recognize the fundamental beliefs that unite us … to realize that much more unites us than divides us.”

So, the churches agreed to set up an 11-member joint commission, including representatives of all five Christian denominations, who were determined to produce a book outlining the common doctrines of Christianity upon which they could all agree.

“They were not merely theologians who had sound knowledge,” explained Bishop Masalyan, who authored the final draft of the text, “but active ‘shepherds,’ pastors, religious teachers and catechists.” For a decade, they worked together to write and rewrite, critiquing and revising again and again, until by 2015 all the church leaders had endorsed the final text for publication.

In 12 chapters, the book explains fundamental Christian teachings — ranging from the nature of God and the doctrine of salvation in Jesus Christ to the inspiration of the Bible, the activity of the Holy Spirit and the role of the church.

“You cannot find another page like this in church history,” the bishop stated, referring to the “thorny” problems of “theological addictions” that had disrupted church unity down through the ages.

Once the Turkish edition was printed, a subcommission including native English speakers was set up to translate it into English, to make it available to the wider world.

“Our common wish is that through the English translation, this book may be like a stone thrown into a lake, its waves reaching out to the most remote parts of Christendom,” the bishop concluded.

Now available in hard copy through the Istanbul website of The Bible Society of Turkey, the English edition will also be released as an e-book.