The dangers of ‘groupthink’

One of our core beliefs as Presbyterians is that the more people involved in a decision, the more likely we are to figure out where God is leading us. That’s why so many teaching elders and ruling elders attend General Assembly. It’s also why Presbyterians spend so much time in meetings. We believe that many cooks only make the broth tastier.

Unfortunately, it doesn’t always work out the way our core beliefs assume it will. Give a silent nod if you’ve ever left a meeting where everyone, including you, quickly came to a decision that seemed so right — only upon later reflection to realize that it was far from God’s choice. When you look back on it, you realize that everyone was more concerned about getting along with each other, so no one offered much analysis or critical feedback. When you later touch base with others on the committee, you all agree that for some reason, no one put forward any doubts, disagreements, or judgment, or thought very clearly about the ramifications of what was going to happen. 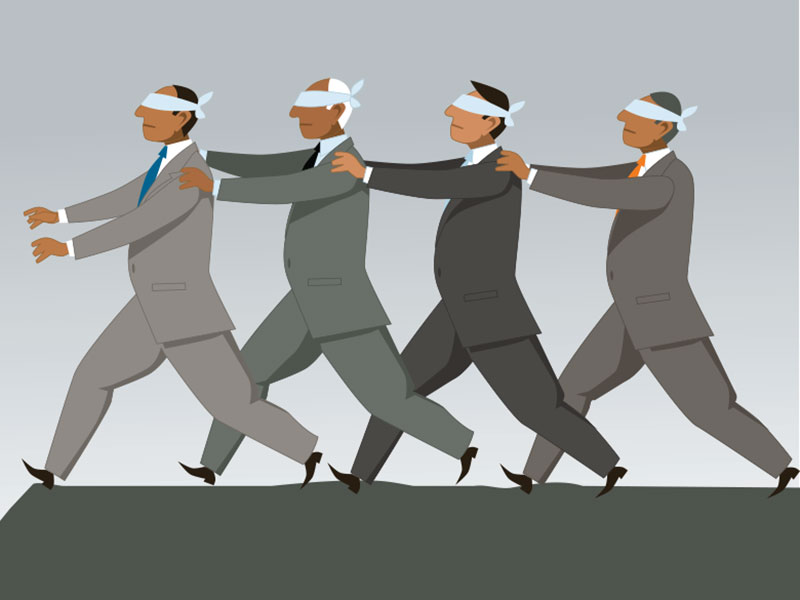 Social scientists call this “groupthink” — the practice of thinking or making decisions as a group in a way that discourages creativity or individual responsibility. They’ve been studying groupthink as a modern phenomenon since a Yale University psychologist wrote a seminal text in 1972. But groupthink is older than that. It has been going on for at least 3,000 years, as we see in 1 Samuel 8:4–20.

The passage is set during the time of the judges, before any king has reigned over Israel. Samuel’s sons have perverted justice, so the elders of Israel begin looking at how the people around them are governed. Collectively, they cry out for a king. The passage reports no critical reflection, no analysis or critical feedback. They’re all in agreement: Give us a king! God feels their rejection, however, and calls on Samuel to warn them about how a king will treat them.

God gives Samuel a full-throated rebuttal to their desire for a king: A king will take your sons and your daughters and make them work their fingers to the bone for him. He’ll take the best of your fields. He’ll take 10 percent of your best possessions. And then, you’ll be his slaves.

But groupthink reigns. “No! We’re determined to have a king!” In a voice filled with resignation, God says to Samuel, “Listen to their voice, and set a king over them.”

We see in this passage one of the worst fallouts of groupthink — the drowned-out voice. Social scientists say that in the face of so much exuberance for one point of view, a single individual with a dissenting perspective is rarely able to change others’ minds, no matter how thoughtful that individual may be.

Other research shows, of course, that individuals with less power within the system (such as people of a less prevalent ethnicity or theological perspective, those of less education or wealth, or newcomers) are more likely to be drowned out as well.

It is particularly problematic in this case, because the drowned-out voice is God’s, speaking through Samuel. The problem hits close to home when we stop to think that the groupthink phenomenon present in this passage can also happen in our meetings today, with God’s voice being drowned out.

While we believe that the more people are involved in a meeting, the more likely we are to hear God’s voice, we also believe in total depravity — the fact that our sinfulness comes into play in every aspect of our lives. Even (especially?) at our meetings, where groupthink can drown out God’s voice.

Listening for and amplifying the still, small voice, amid the ever-more-enthusiastic assertions emanating from the groupthink cloud, is a spiritual discipline critical for our time.

Lord, help us to hear your voice as we contemplate the many choices that confront us. Help us to draw closer to you, that we may be led by your Spirit. Amen.