A teen’s perspective on gun control

In 2016, when I was 12 years old, I read an article about a boy half my age named King Carter who was gunned down less than a mile from my home in Miami Shores. King was walking to a convenience store to buy candy when he was killed in the crossfire between two drug-dealing gangs. After reading about his tragic story, I didn’t understand why he had to die.

I wrote a letter to Sen. Bill Nelson, asking him to do something to stop the bloodshed in his state of Florida. While my focus was on the unimaginable death of a child, I also asked Nelson to support banning AR-15-style assault rifles because they were the weapon of choice for so many mass shootings. I told him that all Americans should have the right to life, liberty and the pursuit of happiness.

When the shooting at Marjory Stoneman Douglas (MSD) High School occurred on Valentine’s Day, I was taking a biology exam safe in my own classroom, completely unaware of the massacre of 17 students and teachers just 20 miles away. Being so close to the shooting left me feeling vulnerable that this same massacre could have happened at my school. 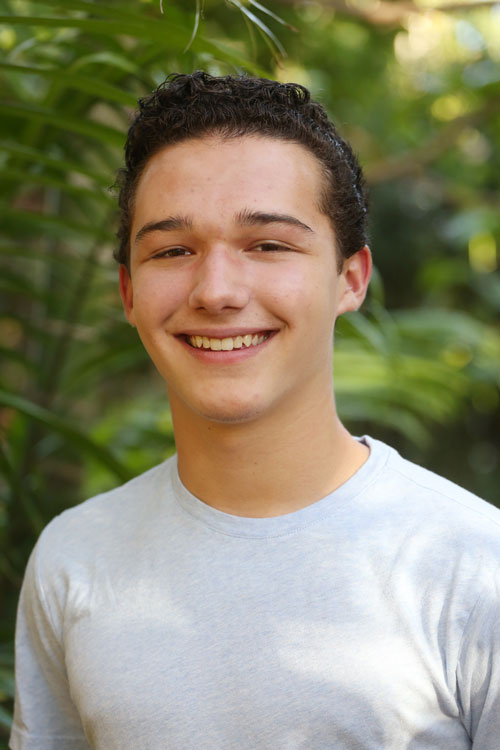 When I heard about the March for Our Lives event in Washington, D.C., I told my parents that I wanted to go. I saw it as my opportunity to be a part of history to change our nation’s political culture.

On the day of the march, my father and I walked to Pennsylvania Avenue, where we encountered hundreds of thousands of energetic activists of all ages who chanted and waved signs with slogans such as “Value Our Lives Over Your Guns.” The event featured many inspiring speeches by youths from across the nation. They spoke about their personal tragedies and the urgency for gun control to end the senseless killing in their communities. Some of the speakers’ words reflected Christian spirituality, including references to Martin Luther King Jr.’s “light will always triumph over darkness.”

For me, this march was not only a social experience but a spiritual movement. I felt like I was practicing Jesus’ teachings of pacifism, kindness and love in a mission seeking justice for all victims of gun violence.

Personally, I am not opposed to the Second Amendment and the right to bear arms. As a Boy Scout who will soon achieve Eagle ranking, I have enjoyed shooting activities and have earned the rifle and shotgun merit badges. But I strongly support sensible gun control laws that protect lives and public safety.

Congress must renew the 10-year ban on assault-style rifles that it had adopted in 1994. These semi-automatic rifles have been used in almost every mass shooting in the past 20 years. The minimum age to buy any weapon — both handguns and rifles — should be raised from 18 to 21 for the entire country as well. Moreover, there should be universal background checks on all firearm sales. It should be as hard to buy a gun as it is to obtain a driver’s license and drive a car. Gun buyers should be required to take strict safety and training courses with an exam. In addition, Congress should allocate funds to help schools work with local police to create safe educational environments. I am not suggesting teachers should be armed, because that would be a terrible idea. Just as important, Congress should provide money to help schools expand their mental health programs to prevent another student like the Parkland shooter from ever destroying lives again.

Some people say our generation is apathetic. However, I believe the MSD High School shooting has awakened us. At the March for Our Lives, I was inspired by one student leader, Cameron Kasky, who gave me hope that his school’s massacre would be the nation’s last when he said, “Since this movement began, people have asked me, ‘Do you think any change is gonna come from this?’ Look around — we are the change.”

Holy God, through the voices of our young people, let us hear you speak. May we act to do justice, love kindness and walk humbly with you. Amen.