A recent breakdown of the Pew Research Center’s 2014 Religious Landscape Study ranked Presbyterian Church (U.S.A.) members fourth in its percentage of households that earn more than $100,000 annually. The study authors found a strong correlation—based on religious affiliation—between people’s income and the level of education they have attained. 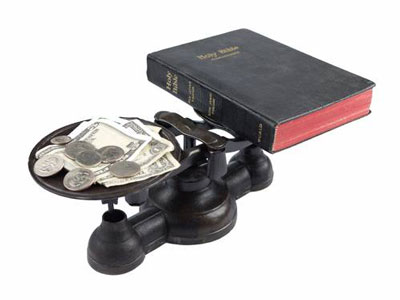 Closely related to income, according to the November 2014 report, is education. While not a mirror image of the income ranking, the percentage of college graduates in an affiliated group follows a similar pattern with the top six being Hindu (77 percent), Unitarian Universalist (67 percent), Jewish (59 percent), Anglican (59 percent), Episcopalian (56 percent), and PC(USA) (47 percent).

Study authors summarized the connection, saying, “Given the strong correlation between educational attainment and economic success, it is not surprising that Jews and Hindus, on average, have high household incomes, with four-in-ten Jews and roughly a third of Hindus living in households with annual incomes of at least $100,000, according to the 2014 study.”

As a national average, 19 percent of U.S. households earned more than $100,000 annually, and 27 percent earned a college degree.

But study authors were quick to “call into question any link between high levels of religious belief and wealth,” saying self-identified atheists and agnostics had greater percentages of $100,000 earners than households of Orthodox, United Church of Christ, Evangelical Lutheran Church in America, United Methodist, and Presbyterian Church in America congregations. Again, while not exactly matching the percentage of college graduates in each group, there is a convincing correspondence.

“While there is a strong and proven correlation between education and income, it’s harder to know whether there also is a link between religion and wealth,” study authors said. “What we can say is that members of some religious groups – not to mention atheists and agnostics – on average have a higher household income than others, and those in the richest religious groups also tend, on average, to be better educated than most [other] Americans.”