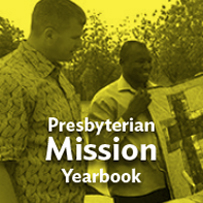 Today begins the Week of Prayer for Christian Unity. Orthodox, Roman Catholic and Protestant Christians join in study, prayer and action, seeking the unity of the church. This year’s international theme is drawn from the First Epistle of Peter and the familiar passage reminding Christians of our identity and purpose. We have been called into a particular relationship with other Christians that mark us as belonging to God. We are claimed by God in order that we might give witness to the transformative power of God.

As a child growing up in the ’60s and ’70s, I was taught the mantra “I am somebody.” It was a mantra taught to counter the negative stereotypes and messaging given to children and other people of African descent in a country and context that did not value us. Underneath that mantra was the assurance that what made me somebody was that fact that I had been created and claimed by God, and nothing could destroy that fact. The mantra also came with a responsibility to live my life in such a way that honored God’s claim on me—in the words of Howard Thurman—“to live life in such a way God would not regret having created me.”

Eleven denominations related through Churches Uniting in Christ (http://churchesunitinginchrist.org) have gathered in plenary to explore our movement toward healing relationships that have been divided along theological, doctrinal and racial lines for centuries, historically within the United States and Europe. Together in plenary we have reminded ourselves both individually and collectively that in the midst of our differences, we value one another because God has created us and claimed us. We have confessed the ways that we have not always lived as churches reflecting the highest aspects of God’s call upon us and that our brokenness too often serves as a distraction to the world. We seek to heal historical divides and address current wounds both in the church and in the country. God is still moving within and through the churches to bear witness to the liberating and transformative power of Christ.

Holy One, through your great love and power, you have called and claimed us as your own. You have placed us into communities of faith that we might be strengthened in faithful witness. Grant us grace to encounter you in other Christian communities, to reclaim our identity and purpose and together with Christians of every tradition, to proclaim your mighty acts.