Mission connects the family of God 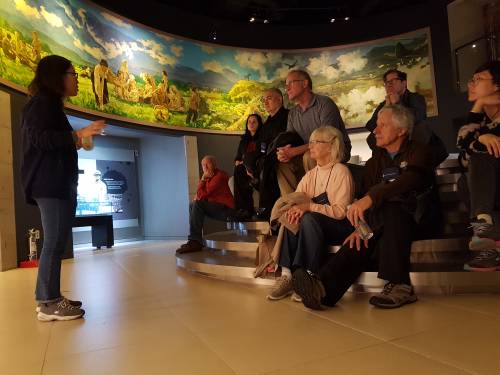 I began reforming my understanding of mission work when I participated in the Presbyterian Church (U.S.A.) Young Adult Volunteer program after I graduated from college in 2002. I served in England, where the PC(USA)’s church partner was running an after-school program for at-risk youth. I received the most profound impression that year from the YAV orientation and all that I learned from global partners in the community in which I was immersed — namely, that I had so much more to learn about the world around me.

In 2003, I watched the U.S. invade Iraq in the aftermath of four coordinated attacks on U.S. soil the morning of Sept. 11, 2001. It was the moment I realized that if we do not understand the world around us, the decisions we make in the U.S. can have a profound effect, either to decrease or to increase the suffering of others. Years later, when my wife, Hyeyoung Lee, and I applied to become site coordinators for the YAV site in Korea, I knew that I wanted to share the same lessons I had received with young adults serving as YAVs in Korea. 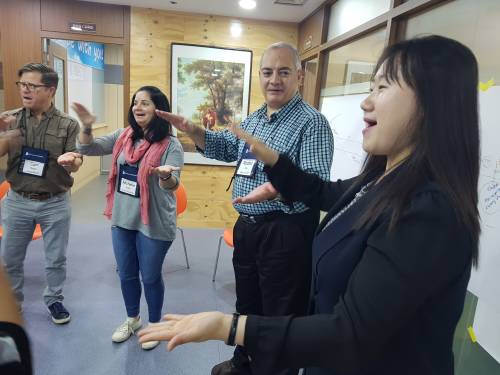 The Rev. Minkyoung Jin of the Presbyterian Church of the Republic of Korea leads the seminar group in peace-building games. (Photo by Kurt Esslinger)

Since arriving in Korea, I have focused on learning and helping others learn about the history and context in Korea, how Koreans experience the world and what it is like to live in the midst of a state of war. Most recently, Hyeyoung has taken the lead as coordinator of the YAV site in Korea, while I primarily work with the Reconciliation and Unification Department of the National Council of Churches in Korea. Much of my work involves sharing requests of the church with international partners and governments, especially the U.S. government. Many of these requests are intended to help end policies that could prolong the conflict over a divided Korea while promoting policies that help build mutual trust, leading to reconciliation.

I believe that if God is a God of the entire world, then God is a God of U.S. Americans and Koreans. We are a family of God and are connected to one another in the hope and pain of our family members. If we are called to the ministry of reconciliation, then it is necessary for us to hear and to better understand when our sisters and brothers ask us to stop actions that increase their suffering.

I believe that God has called me to the ministry of reconciling U.S. Americans to Koreans, breaking down the wall of hostility that divides us from our sisters and brothers.

God of warmth and compassion, let us be filled with the light of Christ. Lead us out into the world where the lost, lonely and hungry can be the face of Jesus for us. Amen.