Presbyterians ponder possibilities for the church of tomorrow

Speakers encourage attendees at NEXT Church gathering to make an impact 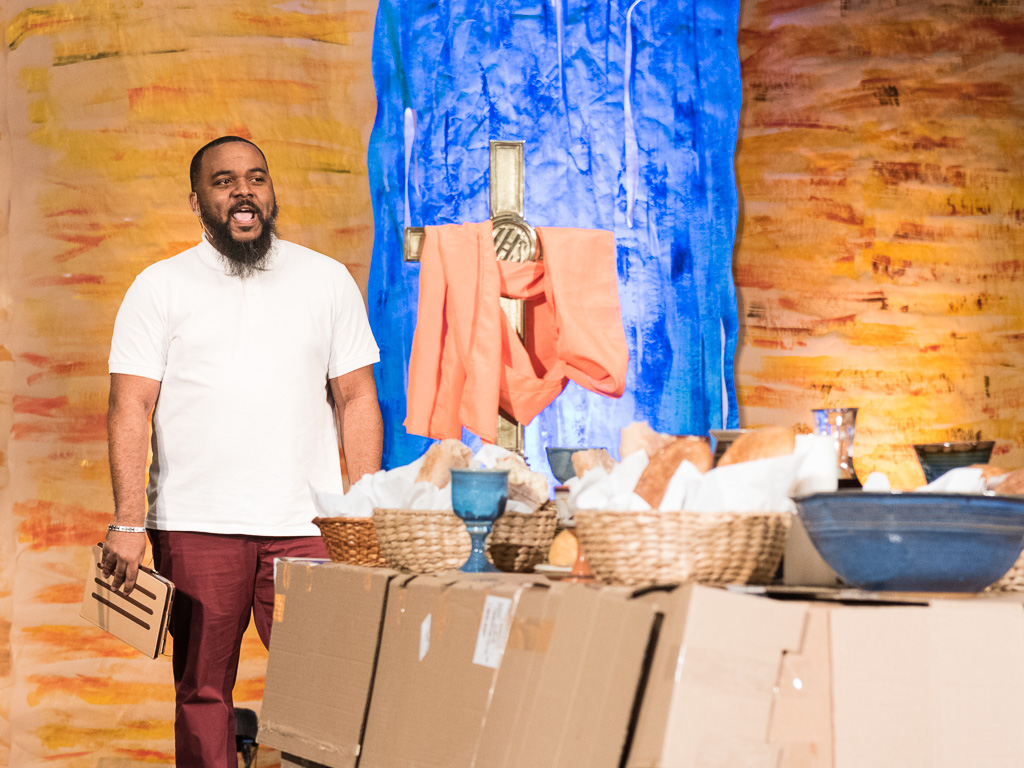 Billy Honor, founding pastor of Pulse Church in Atlanta, preaches at the 2018 Next Church gathering in Baltimore. (Photo by Gregg Brekke)

What could be “next” for the Presbyterian Church (U.S.A.)? Nearly 700 participants pondered that question at the recent NEXT Church 2018 gathering in Baltimore. The annual conference brings together PC(USA) members, pastors and those in affiliated ministries to envision what is “next” for the denomination. The theme for this year’s event was “The Desert in Bloom: Living, Dying and Rising in a Wilderness Church.”

Preaching on the conference theme from the text of Isaiah 35, the Rev. Billy Honor, founding pastor of Pulse Church in Atlanta, followed up the reading with an example of a toy firetruck he received as a child. Enamored with the toy and the firetrucks that would pass his house, Honor was unable to get the toy’s siren to work until a family friend inserted batteries.

Referring to the Isaiah reading, he said, “It’s a wilderness text; we know what to do with it — ‘the wilderness’ is like the church operating without batteries. Even though we have all the machinery, all the mechanics, it still doesn’t operate the way it’s supposed to.”

Equating batteries to the work of the Holy Spirit, Honor said, “The wilderness [story] is like the people of God standing around looking for the power. … Isaiah’s words are not words of sadness, not words of judgment — they are words of hope.

“It’s time to stop complaining about the church you’re part of and start being the type of church you want to be,” he added, recognizing the tendency to lament when one feels stuck in the wilderness. “That’s what NEXT Church is all about.” 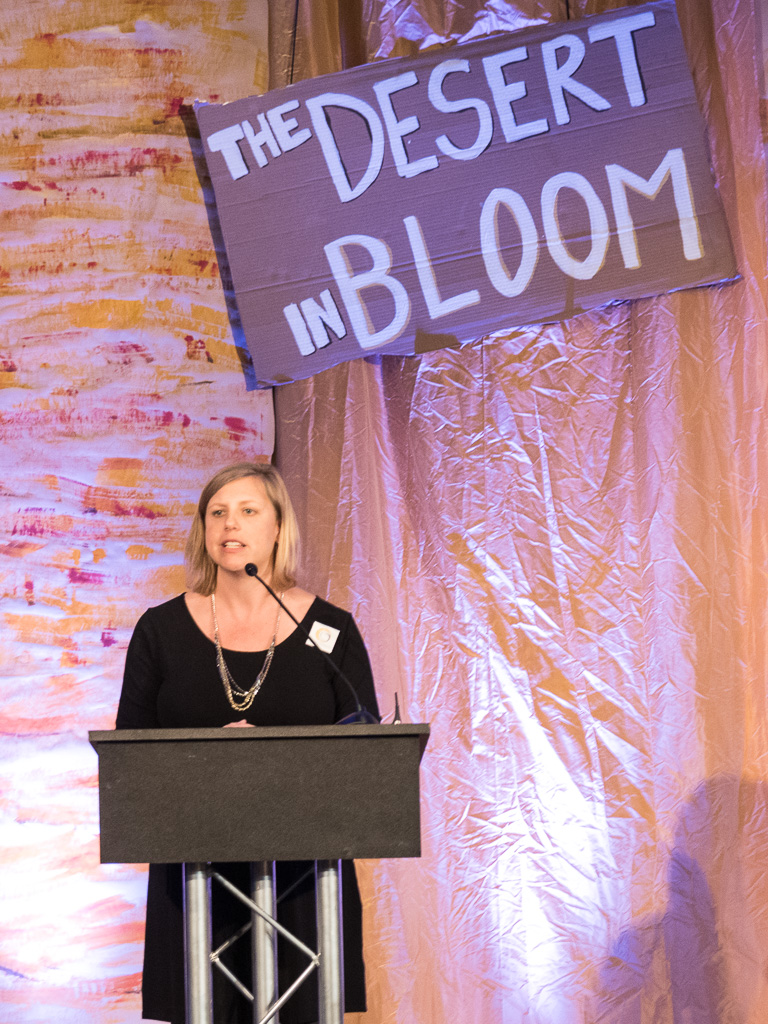 Jessica Tate, director of NEXT Church, speaks at the introduction of the group’s 2018 gathering in Baltimore. (Photo by Gregg Brekke)

Calling on the PC(USA) to be a church dedicated to restorative justice and “dismantling systematic white supremacy,” Honor offered encouragement: “All this work, we don’t have to do it on our own. What makes us different from a social club or a political action committee is the Spirit of God that guides our work. I need to ask this week, ‘God, put some super on my natural.’”

Telling a story of ministering among neighborhood youth in Atlanta, Honor recalled buying an ice cream cone to give a young man on his birthday. The young man shared the ice cream with his friends, each of them taking a lick of the cone as it was passed around.

“The church is so good, it’s supposed to be shared. You take a lick —oh, taste and see that the Lord is good,” he said. 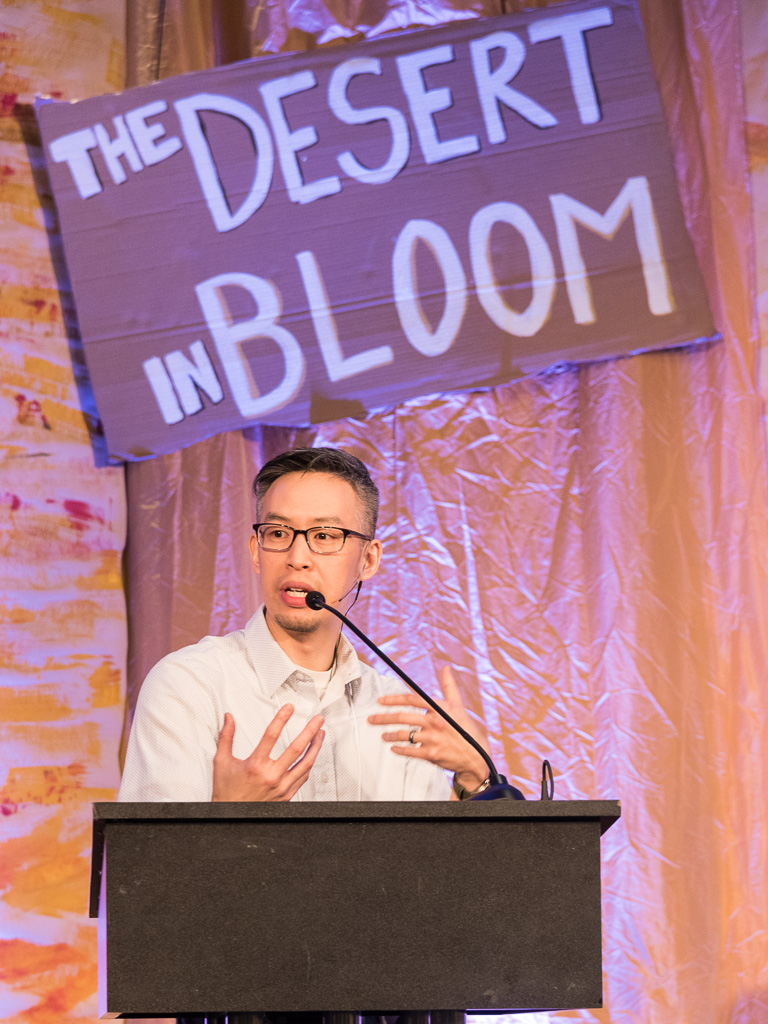 David Leong presents the Monday plenary, ‘Blooming in Urban Deserts: Race, Place and Belonging’ at the 2018 NEXT Church gathering. (Photo by Gregg Brekke)

Leong said an important theological exercise is to “think about where we come from,” and he recalled his family’s history as immigrants from China in the 1930s. Leong’s grandparents on both sides of his family ultimately settled in Detroit and ran laundries.

“As immigrants are prone to do, they will do the work others won’t,” he said of the many Chinese families that opened laundries or restaurants in the same era.

Drawing a connection between Hudson Taylor of the China Inland Mission — whose missionaries spread out to urban centers with Chinese populations after they were expelled from China — Leong described the Christian faith his grandparents received from these missionaries in Detroit, a land of “boom and bust” that had been abandoned but was starting to see signs of growth.

“What if ‘abandoned places of empire’ and other places associated with decay or neglect are actually fertile soil for renewal and rebirth?” he asked about the landscape of Detroit and its economic and political fortunes. “Abandoned places don’t need our pity or charity. They don’t need our research or spectacle. These are not poor, under-resourced folks who need a little bit of white saviorism to help rescue them.”

“[These places] hold up a mirror to our churches, our spaces, our community and ask us what we need to learn about ourselves,” he said, encouraging what he called a long-overdue conversation on the sense of place and the geography of race that plays out in American cities, especially in churches.

“We must not only believe that [integration] is right, but that it’s good,” he said. “The same is true with congregations — it’s wonderful to believe but it’s another thing entirely to live into the goodness of this decision. … If we do not speak and we do not act, we will have spoken very loudly to those in abandoned spaces [of segregation].”