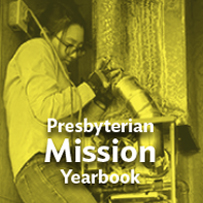 Do churches care about working people? The Social Creed for the 21st Century says yes. Right after its adoption in 2008, for example, it was invoked to support ballot initiatives to raise the minimum wage. So how did the 33 churches in the National Council of Churches reach agreement to update the original Social Creed of 1908? The answer is threefold and gives us hope for ecumenical cooperation to advocate for working people.

First, there were actually three Social Creed study teams, in the United Methodist Church, the National Council overall, and the Presbyterian Church (U.S.A.), which led much of the work, including bringing the teams together. This meant planning several years ahead, preparing historical and theological background papers, and consulting all the denominations. Encouragement from the Methodists and Presbyterians—always the Council’s strongest supporters—also meant a lot.

Second, church leaders felt it was time for a consensus affirmation to strengthen cooperation on pressing issues, an agreement that would be short and punchy yet without hot-button distractions. The Orthodox churches specifically wanted the Trinity represented, but all wanted a theological framework, though the creed is nondoctrinaire.

The third part of the answer is the simplest: our churches in fact agree on an ethical bottom line that includes:

“Full civil, political, and economic rights for women and men of all races. Abolition of forced labor, human trafficking, and exploitation of children. Employment for all, at a family-sustaining living wage, with equal pay for comparable work. The rights of workers to organize, and to share in workplace decisions and productivity growth.”

For the full text of the new Social Creed, bulletin inserts, and related information, see www.pcusa.org/acswp

Great God of love and justice, we pray in the words of the new Social Creed, for “a culture of peace and freedom that embraces nonviolence, nurtures character, treasures the environment, and builds community, rooted in a spirituality of inner growth with outward action.” In Jesus’ name and Spirit, we pray. Amen.