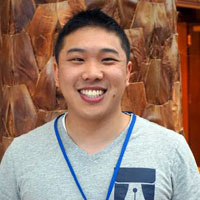 Chris Lim, a ruling elder at Indonesian Presbyterian Church in Seattle, wanted nothing less than what God wants—that God’s kingdom come. In fact, he wanted to use his expertise in technology to hasten its coming.

To that end, Lim formed a community of Christians at his workplace—Amazon—to discuss the theology of technology. “Because we are not only consumers of technology, but we also create it,” said Lim, “that means we have the opportunity to infuse it with the values of the kingdom.”

Amazon’s number one leadership principle, “Customer Obsession,” proved especially transformational for Lim. “What it means is that leaders begin with the customer and work backwards,” he said. “They pay attention to the competition, but they obsess over customers.”

“The question that I posted to our group,” said Lim, “was ‘What if God was our customer?’ What if we took that seriously? What if we were to obsess over what He values, what He desires, and then we work backwards from that to invent things that deliver what He desires in the world?”

What began for Lim as merely an enlightening group discussion led, a few months later, in May 2013, to what he describes as “a divine tap on the shoulder.”

“The Lord was telling me, ‘Chris, actually I want you to leave your job, devote your attention to the purpose I called you to, and trust me to provide for you,’” he recalled. “That purpose being to actually create a company that would make God its customer, take it seriously, and obsess over what He wants and invent technology that would deliver that.”

When Lim left Amazon in October 2013, he founded TheoTech, where his younger sister Natasha Lim—also a former Amazon employee—is his business partner in the self-funded venture.

Among the first products to be introduced by TheoTech was Ceaseless, an app that Lim designed to help people experience the joy of prayer. Lim first built Ceaseless as a Facebook app.

“I knew that the Lord wanted us to pray for others, so I said, ‘Why don’t I just use my Facebook friends list to become my prayer list?’” he said. “I built an app that sent an email to myself every morning with three to five of those friends to pray for on that day.”

Lim then invited some of his friends to try it out. Eventually he had 70 friends engaged in the daily prayer practice with him, getting the names of five Facebook friends in the morning and then praying for those people that day.

“Can you guess how many people we prayed for after six months?” Lim asked excitedly. “I was blown away—we prayed for over 20,000 people. Seventy of us!”

What began as an app to help Lim pray for his friends soon grew into something more far-reaching.

One new subscriber is Rev. Charles B. “Chip” Hardwick, director of the Theology, Formation, and Evangelism ministry area of the Presbyterian Church (U.S.A.). Hardwick talked about his first experience using the daily prayer app in a recent blog post.

“So far I’ve prayed for my dad, my best friend from business school, my assistant and tech director of the church I served in Illinois, and one of my dearest friends in Charlotte, and given thanks for my favorite aunt and a ministry colleague (both of whom have passed away),” wrote Hardwick. “The reminder and its randomness make praying a joy.”

The free app is simple to download for IOS or Android. Lim explained that whenever a new user downloads the app, it will install and ask for two permissions—one for the user’s contacts and the second to receive notifications—in order to protect the user’s privacy.

“Say yes to both,” Lim advised. “For your contacts, we don’t actually share them with anybody—they don’t even go into our system. It’s just so that we can show your contacts to you to pray for them.”

“The tech makes it easy for prayer to become a habit,” said Lim. “Since our memory may not always be that great, if friends’ names just come up, we can pray for them, we can reach out to them, and in so doing—just by praying for our relationships—we’re able together as a body to pray for everyone on earth. That is the vision for Ceaseless, personal prayer for everyone on earth. The vision really is we want God’s kingdom to come.”

God of every generation, we gratefully praise you for calling and claiming your people of every time and place, guiding us and inviting us to follow you through this life. Be all that we pursue in our pilgrimage toward you, granting us refuge in a world that is ever changing, until our hearts find peace in you. Amen.