Oregon congregation connects with children in the community 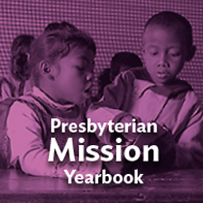 What do you do when your Sunday school consists of one three-year-old child? If you’re First Presbyterian Church of Myrtle Point, Oregon, you invite other kids from the community to join her.

That’s exactly what the congregation, which is 27 members strong, did. In an effort to surround their young one with more children her age, the church body decided to reach out into its neighborhood. It invited to Sunday school, among others, the children of parents who used to attend the church as little ones. The first attempt was centered on the Advent season, and when the Sunday school grew to eight, the church decided to run another class during Lent. It was so successful that First Presbyterian decided to offer vacation Bible school this summer for the first time in 15 years.

“We have felt the enthusiasm and the energy it has given our congregation,” said Sandy Gurney, a ruling elder who has helped lead the Sunday school. “It’s not us who is doing this. It’s God who’s helping this, and the kids really feel that.”

Just as importantly, it has made an impact on that little three-year-old’s life.

There was talk of following the lead of many churches by making the class a nine-month program, but Brady suggested first giving it a try during Advent and then picking it up again over Lent. This keeps the commitment level down for the small congregation and also allows for the class to remain unique.

“It keeps it special enough for the kids that we get them,” Brady said. “We don’t have the people to run it year-round—we’d be pulling people out of worship all the time—but we have people who are willing to step out of worship for a month for the kids.”

The Sunday school now includes three preschoolers and five elementary school-aged children. It begins in the sanctuary before the worship service and includes Brady and the “Church Mouse”—a quiet and shy puppet that whispers in Brady’s ear to help instruct the class.

The Sunday school finishes up in a classroom, running for roughly 90 total minutes and involving everything from Bible songs to crafts.

“At first, the parents would sit out in their cars and wait for them,” Gurney said. “We went out and tried to invite them in. By the end of it, the parents were joining us in the church service and for the soup lunch.”

It all seems to be having a lasting effect on the children.

“The second week of Advent, one little boy asked his mom, ‘What’s the name of that fun place we go to on Sundays?’” Gurney said. “And she said, ‘You mean church?’

“We’re known as a fun and safe place. They’re very comfortable now with coming to church.”

Mike Givler, Communications Coordinator for the Synod of the Trinity
Today’s Focus:  Presbytery of the Cascades

Eternal God, be our guide in the days and generations to come. As you have shown your love for us through Christ, may we serve all your children through Christ’s love. Amen.