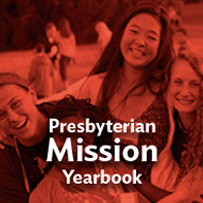 When the busload of teenage girls from an affluent boarding school in Farmington, Connecticut, entered the room, they weren’t exactly enthusiastic. They would be spending the afternoon with the Council of Churches of Greater Bridgeport, a faith-based social services agency dedicated to meeting the needs of people at risk and breaking the cycle of poverty and incarceration. The young women expected an afternoon of boring lectures.

They weren’t the only ones with low expectations. As they walked into the room, a woman in her late 20s sat in a chair, eyeing the teenagers. Mary (not her real name) was there at the invitation of the CCGB. Mary had recently gotten out of prison and was living in a halfway house. As she watched the teenagers find their seats, she didn’t hold out much hope for mutual understanding.

Still, she began. She told her story, gave details about what her life has been like, and despite her reservations, was open and vulnerable. She told them that her family lives 20 minutes away by car but that no one in her family has a car. She described a teenage daughter who had long given up on her incarcerated mother—a maternal stranger who was now trying to reconnect. She described traveling three hours each way by bus to get to her new job at Wendy’s because it’s the only work she could find.

While Mary was talking, something began to happen in the room. The students began to listen, and all eyes were glued on Mary. The young women couldn’t imagine commuting six hours on a city bus just to work at a fast-food restaurant. But what stunned them even more, they said later, was Mary’s vulnerability. They were particularly interested in Mary’s daughter, seeing as they were roughly the same age. Mary shared some of her daughter’s writing, rough and raw but full of longing.

The young women were hooked. They asked permission to talk with the daughter directly. They began exploring avenues to help her get published. And by the end of that afternoon, they were all exchanging phone numbers and email addresses with Mary.

“These were young women from a privileged boarding school,” said Cass Shaw, a Presbyterian pastor and the president and CEO of CCGB. “This woman grew up in public housing—a totally different planet. But when they got real with each other, at her lead, they were simply people laughing and talking, eager to collaborate.”

This encounter was just one of the many ways CCGB and a new Prison Ministry Network of the Synod of the Northeast
are working to reconnect and heal lives broken by mass incarceration.

Agencies like CCGB have long labored to help people both in prison and those reentering society. But many have faced enormous cuts in state funding in recent years. CCGB alone has lost a quarter of its budget, seen its reentry program gutted, laid off five staff, and witnessed even deeper cuts to the Department of Corrections. Such programs stand on the edge of losing decades of experience, relationships, research, and work.

“The Prison Ministry Network is our challenge to the faith communities to live out the gospel in very specific ways and to stand in the gap,” said Shaw. “More than ever, our churches are needed.”

The idea for the network began with a conversation between Shaw and Kent McKamy of Brick Presbyterian Church in New York City. The network officially formed in 2015, thanks to support and funding from the synod. “The synod was very welcoming,” said Shaw. “This kind of collaboration is exactly what they’re trying to encourage.”

In May 2016, the network hosted its inaugural conference, which drew about 60 people from across the synod. “The conference was primarily about listening to and learning from people who have been in prison,” said Shaw. The speakers focused on the trauma of incarceration and how it impacted them in three aspects of reentry: jobs, housing, and family reintegration.

The first item on the agenda after the conference was to develop a website that could be a staging ground for collaboration. Currently, 130 people are listed in the network’s database, spanning 30 to 40 ministries and agencies as well as 15 to 20 congregations, according to Shaw.

Ultimately, the network and the conference that launched it are about hospitality, Shaw said. It’s not only about ministering to those who are vulnerable and suffering. It’s also about inviting them to minister to us.

“We’ve been all too comfortable in our sanctuaries, letting only a few of us provide leadership for ministry,” Shaw said. “The world is in such desperate need of light and love and healing. There’s an opportunity right in front of us. People are coming back from prison in every community. It is blasphemous for us to turn a blind eye to these people, especially given the urgency of the Black Lives Matter movement and the need to keep our police officers safe. We have a chance here, not only to help some people, but also to discover amazing partners and fellow disciples in this work of the gospel.”

Today’s Focus: Synod of the Northeast

When we open our hearts to your love, O God, we can share stories of our seeking and finding you with people of all ages and conditions, and so receive new experiences of your grace. Thank you for the blessings you pour into our lives when we reach out to one another. Amen.