It’s all in the timing

The Open Table’s new pastor, the Rev. Dr. Letiah Fraser, is among the guests on ‘Being Matthew 25’ 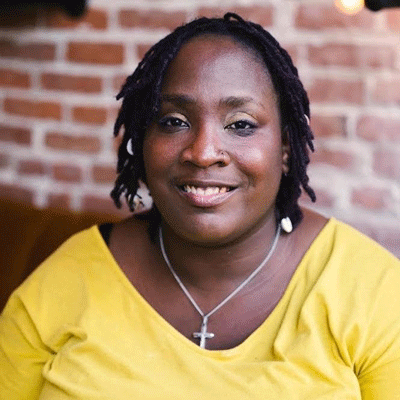 The Rev. Dr. Letiah Fraser, an ordained pastor with the Church of the Nazarene as well as a hospital chaplain, disability rights advocate, activist and organizer who also recently began ministry at The Open Table, got to appear alongside the organizer of the new worshiping community in Kansas City, Missouri, Nick Pickrell, on a recent broadcast of “Being Matthew 25,” hosted by Melody Smith, associate director for digital and marketing communications in the Presbyterian Mission Agency, and the Rev. Dr. Diane Moffett, the PMA’s president and executive director. Watch their half-hour conversation here or here. The Vimeo link is here.

The Open Table will proceed for a time with shared leadership, Fraser said, and “continue to work on our racial identity and how that relates to our spirituality.” It’ll also continue to grapple with this question, Fraser said: “What does it mean to reconstruct a spirituality in ways that are healthy and life-giving without having to fear what was before?”

Both a new worshiping community and a Matthew 25 community, The Open Table’s main focus most recently has been “to build a multiracial church,” said Pickrell, who’s stepping away from leadership at The Open Door after Fraser, formerly a resident at the worshiping community, accepted the leadership position. The Open Table “takes into account the ways that racism continues to wreak havoc on communities of color and white folks. We try to address that head-on as a community,” Pickrell said, with, for example, its participation in the Poor People’s Campaign, an organization Fraser has also worked with. 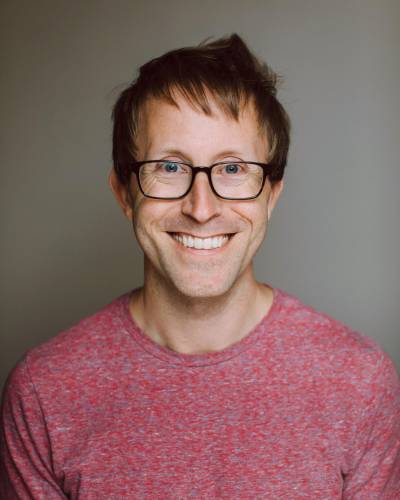 “Our gatherings,” Pickrell said, gatherings that include serving a meal to the community, “are at the intersection of spirituality and social issues.”

“Thank you for bearing witness,” Moffett told the two leaders, “and for creating people who understand what God would have in terms of the issues that have plagued our world. Structural racism “dishonors God,” Moffett said, and systemic poverty “dishonors the human spirit.”

Noting that the PMA is focused on the word “evolve” during 2022 and is using Philippians 1:6 as a core Scripture, Moffett asked how, in addition to an evolving leadership model, The Open Table continues to evolve.

The Open Table started “as a community of hospitality and conversation,” Pickrell said. “It was an all-white group of people. A lot of us were at the beginning of our own journeys to waking up to our racial identity.” Many in the community “recognized that racism is a real thing and a barrier to human thriving.”

The Open Table began to hear more and more from BIPOC speakers. Now the guideline is to have more BIPOC speakers than white people speak during gatherings, Pickrell said.

“We have tried to become very relational and very flat in our leadership,” Pickrell said. “We needed a leadership structure to reflect the community we are serving … Now you’re seeing some of the fruition [in that approach]. We are about liberation and healing — specifically BIPOC folks and white folks by proxy.”

“The structure of The Open Table,” Fraser said, “lends itself to being a Matthew 25 community.”

It’s a community “seeking to be intercultural,” Moffett noted. What, she wondered, have been some of the community’s greatest challenges and joys?

“A challenge for me as a white dude is that sometimes I want things to move a lot quicker than they do,” Pickrell said. “If you build something multiracial, things have to move slowly, especially if you want to include all. You will encounter some differences of opinion,” especially from people who are looking for something more akin to a traditional Presbyterian church, he said.

A joy of the ministry has been doing “racial identity work as a deeply spiritual act,” Pickrell said. “It’s the same with folks waking up to their gender identity. We can shed stories and ways that society says people have to exist in order to get their needs met. … It’s been wonderful to see myths fall away as we see ourselves clearly or in a new way. It’s been so transformative, and it’s been one of my greatest joys.”

Dear Lord, sustain us as we seek to sustain each other: in the beauty of our kingdom, with the bounty of your earth, amid the needs of your cities and through the fellowship of neighbors working together. Amen.