Protecting the ‘center of the ancient world’

Clergy joins in a sacred task 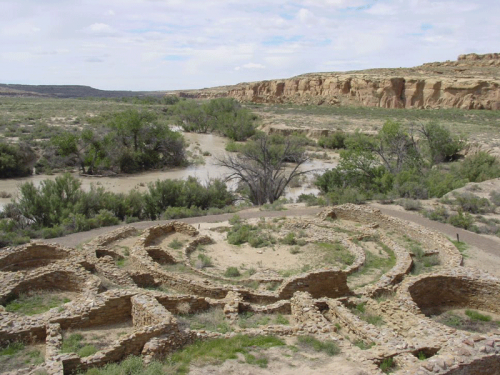 Recently, more than 250 faith and Indigenous leaders sent a letter to U.S. Secretary of the Interior Deb Haaland — the first Native American to serve as a cabinet secretary and a 35th-generation New Mexican — thanking Haaland for a proposed withdrawal of oil and gas drilling for 20 years from federal lands within 10 miles surrounding the park. The letter urges final approval of the administration’s proposal.

As a UNESCO World Heritage site, “Chaco Canyon tells an ancient story of the rich history, culture, spirituality and resiliency of Indigenous communities throughout the American Southwest,” stated the letter, which was signed by ecumenical and interfaith leaders from more than 30 faith traditions, including more than 50 Presbyterians.

The letter also stated that “since time immemorial, these communities have had a deep and sacred connection to the land, water and wildlife of this important area. It is our moral responsibility as a nation and our sacred task as spiritual leaders to be responsible stewards of Creation and work to protect places of such remarkable cultural, spiritual, historical and ecological significance.” 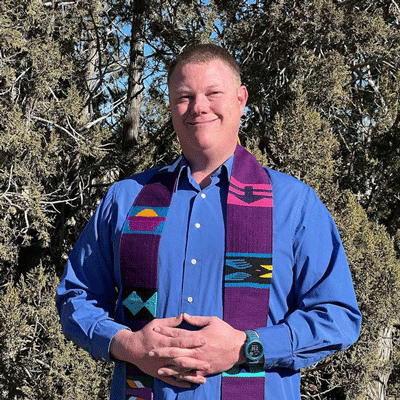 Black isn’t just a pastor. He also serves as the National Wildlife Federation’s public lands field director. The Presbyterian was moved by the support from other faith leaders to protect the Chaco Culture National Historical Park.

“It’s remarkable to have such a diverse array of spiritual leaders from across the country speaking in support of protecting Chaco Canyon. The breadth and depth of this support truly is a testament to how important Chaco Canyon is as a place of national significance with its incredible history, culture, spirituality and wildlife,” said Black.

Chaplain Joseph L. Villegas Sr., of the Texas Band of Yaqui Indians, was also encouraged with the action taken by such diverse faith communities, citing that “overdevelopment undermines the area and violates the protections and treaties of our Tribal nations that were set forth by the same government that has historically tried to erase this sacred place and cultural heritage sites that don’t belong to them.”

Those who signed the letter saw the action as a sacred task. “Supporting the well-being of land is a sacred task, as recognized by numerous faith traditions. Land is something all humans have in common — we walk on land, we grow on land, we are sustained by the land,” said the Rev. Craig Topple, a chaplain with St. Mary’s Health Care System and Highland Hills Village in Athens, Georgia, and pastor of Pleasant Hill Presbyterian Church in Statham, Georgia. “Chaco Canyon is a place where the sense of the sacredness of land has been honored for generations. Our duty and responsibility are to stand in solidarity with those who know and care for the land most intimately.”

“St. Francis of Assisi invites us to listen to ‘our sister, Mother Earth, who sustains and governs us.’ Our Native American brothers and sisters have listened to Mother Earth from time immemorial, and now we must stand in solidarity to care for our Holy Mother Earth and special places like Chaco Canyon,” said Sister Joan Brown, the executive director of New Mexico Interfaith Power & Light. “We cannot continue to destroy our sacred trust.”

Chaco Canyon isn’t an isolated case. A 2021 article in USA Today reported on several sacred sites off tribal lands that remain at risk for Indigenous communities. Tribes — and those who walk alongside them — face multiple challenges: “a revolving door of federal officials,” “opposition by stakeholders like recreation companies or extraction firms” and “a lack of knowledge by the public about these places,” coupled with laws that have become outdated.

You, O God, raise us from despondency. You are faithful, seeking after every one of your children. We join with all who call on Jesus’ name, thankful that our story begins and ends in you. Amen.