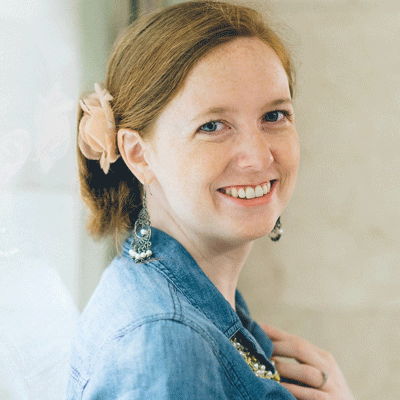 Sarah Hedgecock, a PhD candidate in Religion at Columbia University, identifies as a progressive Presbyterian “who was always curious about evangelical Christianity.”

It’s a term “that’s in flux,” Hedgecock said during a recent edition of “A Matter of Faith: A Presby Podcast,” which can be heard here. Evangelicals “may be using their religion to be good stewards of the Earth or to march for justice … It’s not the monolith that a lot of headlines would have you believe.”

“A Matter of Faith” hosts Simon Doong, a mission specialist with the Presbyterian Peacemaking Program, and the Rev. Lee Catoe, editor of Unbound: An Interactive Journal of Christian Social Justice, interviewed Hedgecock, whose dissertation is about nostalgia, relationality and evangelical girlhood, for the 79th edition of their podcast.

Terms like evangelical and progressive Christianity “are more nuanced than we probably give them credit for,” Doong said.

In all her research, Hedgecock has yet to find a definition for “evangelical” that “works for everything. You come across definitions that are overbroad or are way too specific. It’s a challenge, and yet evangelical Christianity is a major force in American history.”

Hedgecock said a definition that works for her is “this extremely individualistic viewpoint with a strong focus on that personal relationship with Jesus Christ, which is terminology you hear in a lot of evangelical churches.”

“That’s not to say as progressives we don’t have a relationship with Jesus Christ — bringing Jesus into your heart,” Hedgecock said, before adding, “progressive Christians tend to overanalyze our texts. We’re boring nerds.”

Catoe noted he was raised as a Presbyterian in rural South Carolina. “It was a Baptist-adjacent kind of thing,” Catoe said. “We went to evangelical youth rallies and concerts, and they had altar calls. I’ve been saved like 20 times, and I was born and raised Presbyterian. In close-knit communities, [conservative and progressive churches] naturally merge and do things together. People thought we were weird,” Catoe recalled of his Presbyterian congregation, “because we baptized babies.”

Hedgecock grew up in Tulsa, Oklahoma, where each fall the “big haunted house weas a hell house put on by a megachurch. … My congregation was fairly ‘frozen chosen’ and not that politically active. I went to a Southern Baptist summer camp once, and it was not a great experience.”

Hedgecock is focusing her research on evangelical children in the city. “There are a lot of big evangelical churches here in the five boroughs [of New York City],” she said. “They are influenced by living in the city as much as their faith influencing their politics.”

For urban evangelicals, the mission is “redeeming the city, which goes back a century,” Hedgecock said. Organizations including the Salvation Army and the YMCA “both have that as their history. They say, ‘We are that safe space. It’s hard to be an evangelical in the city. This is your quiet, safe space to contemplate Christ and build that place with Jesus.’”

For decades, evangelicals have perceived themselves as marginalized. “That’s important to the identity. What’s the point of fighting valiantly for Christ if you’re already in the majority?” Hedgecock said. “Feeling like you’re marginalized is an important part of the affect around white evangelicalism.”

Today’s Focus: ‘A Matter of Faith’ podcast on Evangelicalism

O God, may you continue to inspire leaders with the passion the work of Christ requires. Amen.