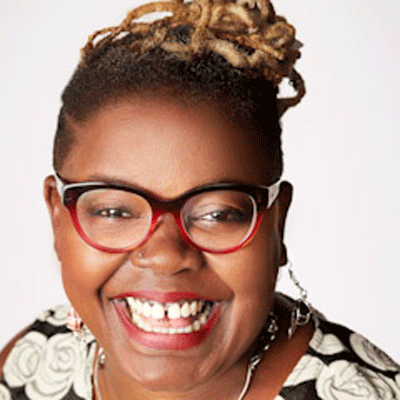 Only a preacher as gifted as the Rev. Aisha Brooks-Johnson can take worshipers from “Green Acres” to the heavenly city.

Brooks-Johnson, executive presbyter for the Presbytery of Greater Atlanta, preached a taped sermon shown during opening worship for the Urban Presbyteries Network conference recently both online and in person at Johnson C. Smith University in Charlotte, North Carolina.

Growing up in a working-class neighborhood in Northwest Philadelphia, “I would have been considered a latchkey kid,” Brooks-Johnson said. “I was raised by a single mother, but we also lived in a multigenerational household with my grandparents.”

After returning home from school but before diving into her homework, young Aisha would grab a snack and watch a throwback TV show. Among her favorites was “Green Acres,” which starred Eva Gabor as a high society Manhattanite forced to move to a farm purchased by her attorney husband, played by Eddie Albert. Listen to Gabor and Albert perform the classic theme song here.

“He was looking for chores and fresh air. She was dreaming of stores and Time Square,” Brooks-Johnson said of the sitcom. “But as a dutiful wife, she said goodbye to city life, and they began their idyllic life in the country.”

The comedic tension of “Green Acres” “can be translated to the real tension that we find in how people experience city living,” Brooks-Johnson said. “The city can be seen as a beautiful place. It can also be seen as a scary place.”

“Cities are beautiful, but they’re complicated,” according to Brooks-Johnson. “We’re not always quick to see them as a beacon of hope or a place for healing,” as John of Patmos did while describing the heavenly city in Revelation 21. 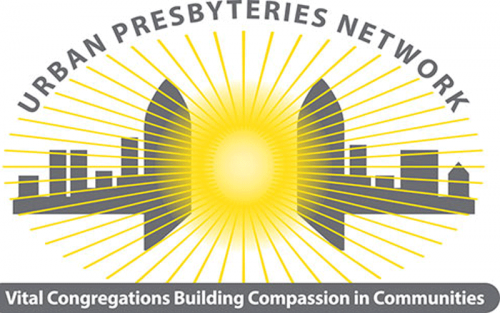 In “Surprised by Hope,” Anglican theologian and priest N.T. Wright says that “one of the most beautiful visions surrounding Christ’s return is the image of God coming to dwell in the center of the city,” Brooks-Johnson noted. “There’s vegetation and fruit and water overflowing. There’s diversity of the nations … Wright goes on to explain that Christ’s return is not simply about us going up to heaven and staying there. It’s important to remember that for all eternity, wherever God is, there too shall we abide in the last days.”

“God places God’s own self right down in the middle of the city,” in places that are complicated, complex and broken, she said. “Right in the middle of it all, God is. God dwells, God illumines the city, and there’s nourishment and connectivity as God’s glory is revealed in the heart of the city and in the lives of the people.”

“The New Jerusalem is thus a place of safety and inclusion, because its gates are always open and a beacon of hope to all people, because nations will walk by its light,” Brooks-Johnson said. “It is a place of consummation for the purposes for which God created humanity.”

“But here’s the good news,” Brooks-Johnson said with a smile. “We don’t have to wait until those last days because they are now. Christ has died, Christ has risen, Christ will come again — and because of that resurrection power, Christ has called his own disciples to demonstrate what glimpses of the new heaven and the new Earth can look like right now. Right now — on this day and every day going forward.”

“By the power of the Holy Spirit, we can offer hope and nourishment and justice and mercy and inclusion, interdependence and love, in the heart of the city,” Brooks-Johnson said. “The truth is that in every urban presbytery you will find spaces that include the cities and the suburbs, urban and rural and every place in between. But here’s more good news: Every place that we find ourselves is a chance to live into the future, where God’s presence and God’s love and God’s hope has the power to transform the city and every place in between.”

Gracious Father, equip us to be an encouragement to those we seek to help revealing Christ through the way we live. Form us, O God, into a people who praise your name in actions and deeds. Christ be with us. Amen.