Abraham and the Multiverse

The Rev. Dr. Judy Fentress-Williams says what Abraham and Sarah faced is akin to a Marvel superheroes plot 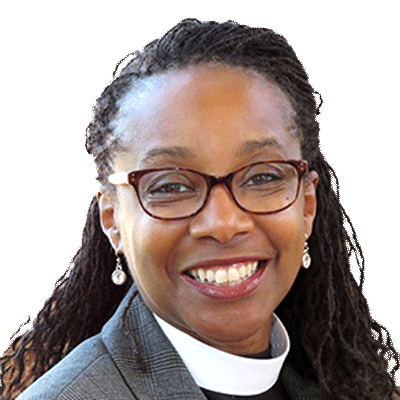 The Rev. Dr. Judy Fentress-Williams said at the outset of her recent online talk that she was workshopping material eventually intended for a commentary on Genesis.

Judging from the engagement and thoughtful questions she received from the online crowd, her analysis, which she called “Abraham and the Multiverse,” is just about ready for publication.

Fentress-Williams is Professor of Old Testament at Virginia Theological Seminary and director of Christian Education at Alfred Street Baptist Church in Alexandria, Virginia.

The multiverse, a staple in Marvel superhero movies, is defined as “a theoretical reality that includes a possibly infinite number of parallel universes.” A current example is “Dr. Strange in the Multiverse of Madness,” in which the hero, Dr. Stephen Strange, is the bad guy in some contexts. “He learns that to be successful, he must not only stop the bad force, but he himself has to change,” Fentress-Williams said. “I see a correspondence between that and the theophanies in the Abraham cycle. Abraham has the opportunity to live into the big promise God has made. With each appearance, Abraham struggles to receive it. He has to go into himself and stretch out to receive God’s promise. It is part of his formation as he forms a new identity.”

God calls Abraham in Genesis 12, and appears to him again in chapters 13, 15, 17, 18, 21 and 22. Fentress-Williams thinks of these theophanies as chronotopes, turning points in the narrative. The one that stands out is Genesis 18:1–15, in which one of the three men who appear at Abraham and Sarah’s nomadic encampment is the Lord, and we know it’s the Lord because the narrator supplies the information. After the strangers arrive, Abraham plays the role of the host, “the front man, greeting and extending hospitality while Sarah and the servants do the work,” Fentress-Williams said. When Abraham presents the meal to the strangers, it’s like the family patriarch carving a Thanksgiving turkey “whether or not he prepared it,” she said.

The strangers ask Abraham, “Where is your wife, Sarah?” 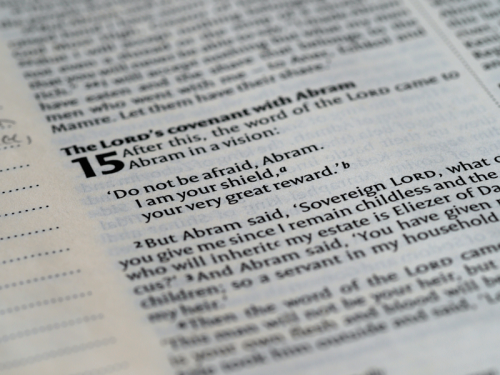 Photo by Brett Jordan via Unsplash

“How does the stranger even know her name? Does she belong in this conversation or is she exactly where she should be — behind the tent flap but within earshot if the guests need anything,” Fentress-Williams said. When a guest promises to return in due season and Sarah will have a son, “she engages in conversation with herself: ‘After I have grown old and my husband is old, shall I have pleasure?’” Fentress-Williams said. The stranger — the Lord — then has nothing but questions: “Why did Sarah laugh?” and “Is anything too wonderful for the Lord?”

Fentress-Williams asked viewers to look at the passage through the lens of internal family systems theory, which interprets the multiple sub-personalities in an individual. Our outward-facing part is the manager, who navigates daily life. The exile part carries our painful memories, including fear and shame. Under this theory, the characters of Abraham, Sarah and, to a lesser degree, the servants, are all parts of Abraham. For Fentress-Williams, Sarah’s body is “the reminder of barrenness.” In this story, the Lord will not allow that to be hidden, and “laughter is the action around all of this. The promise is Eden, and she is the wilderness.” God asks “the question to end all questions: Is anything too wonderful for the Lord? … The invitation to imagine is issued to the part of us that carries hurt and shame, the parts that are hidden away.”

“The question addressed to Sarah has the function of a call,” Fentress-Williams said. “Abraham’s growth depends on his integration of all parts of him, particularly the parts he has exiled. It is the call to wholeness.”

She observed that in the Abraham cycle “are reminders of the alternate realities when we encounter the Divine,” Fentress-Williams said. “We must grow in such a way where we can live in more than one space and one reality.”

The multiverse is a useful way to think of how God interacts with human beings, she said. “We need to be mindful that whatever our experience is not the only experience. We might learn about God when we encounter people who are different from us.”

Today’s Focus: “Abraham and the Multiverse”

Dear God, let us not become complacent in our daily lives but see instead the many ways we can reach out to others in our own community every day. Amen.