Having fun with the Bible 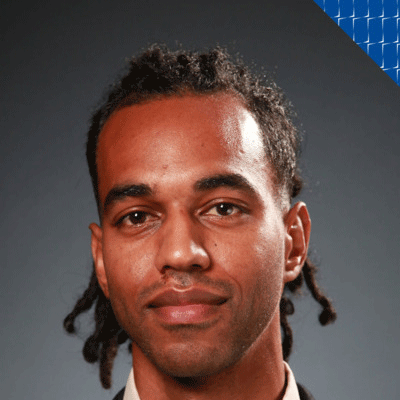 “What was Mary’s favorite nickname for baby Jesus, or Jesus as a toddler?” asked the Rev. Dr. Justin Reed.

This was the opening question at the Adult Bible Study at the Presbyterian Association of Musicians’ Music and Worship Conference.

“It’s in between what’s there in the Bible,” Reed said. “Mary might have called him something other than ‘Jesus Christ my Lord and Savior.’”

As light laughter filled the room, Reed, associate professor of Old Testament/Hebrew Bible at Louisville Presbyterian Theological Seminary, encouraged those present in the room and watching online to use their imagination and creativity by having fun with the Bible.

The stories Reed chose were diverse, he said, because each author wasn’t giving an objective, historical account of Creation. Rather they were living in real times, and they were drawing upon the traditions they had to make a point about the real issues they were dealing with.

Participants read from Isaiah 27, where Creation imagery is used to project hope into the future for people in exile. They then read from Isaiah 51:9–11, where this hope for a future is rooted in a long-ago past, in the days when God split open this great monstrous dragon creature and cut it to pieces. That mythical victory is mixed into the people’s historical memory of God splitting open the Red Sea and bringing the Israelites to freedom in Exodus 14:21–29.

“Their hope was that a God who could defeat the great forces of monstrous chaos is strong enough to orchestrate a ransoming back of God’s people from Babylon,” Reed said.

The class also looked at Job, who’s in such distress and is being judged by friends that he figures his sin must have caused the calamities that befall him. So, the author uses Creation imagery in chapter 26:6–14  to shut down the objections against Job. Job is telling his friends their ideas of God are broken, Reed said, that no one can understand God because of the power differential between the Creator and the created.

In Job 38:1–11 God finally speaks to Job with challenging questions, including, “Where were you when I laid the foundation of the Earth?” and “Do you understand?” According to Reed, God uses Creation imagery to counter what Job and his friends believe about God’s justice, that it’s supposed to work like a machine. You do the right thing, and you get a good reward. You do the wrong thing, and you get punished.

“God basically says to them, ‘There’s so much that is beyond your comprehension,’” Reed said.

The class also looked at Proverbs 8:22–36, where Wisdom is speaking about being in Creation, describing herself as the first of God’s acts long ago, before the beginning of the Earth.

“Wisdom says, ‘I was there before the deep, I was here before anything, setting up the foundations of how the entire cosmos works,’” Reed said. “The point here is that if you get in harmony with wisdom, then your past [and present] will be in concert with the very way all of Creation was made.”

After discussing their ideas about what the author’s main point in Genesis 1 and Genesis 2 was — in light of the other Creation stories in the Bible — Reed shared a children’s story with the Adult Bible Study Class.

In “A Very Big Problem,” co-authors Amy-Jill Levine and Sandy Eisenberg Sasso, together with illustrator Annie Bowler, tell the story of the world’s first created garden — and how everyone in it bragged and boasted that they were the most important, the one that God loved the most.

“By the end of the story, what you think the message is?” Reed asked. “God’s love is big enough for all of us. We’re all connected. We all play an important role.”

Loving God, thank you for sending your Son who laid aside heavenly comfort to take on human flesh and live for others, even giving himself on the cross for the salvation of all people. Give me the chance today to set aside my own comfort for another’s good and strengthen my heart to respond to your call. Amen.