‘Why are we destroying God’s Creation?’ 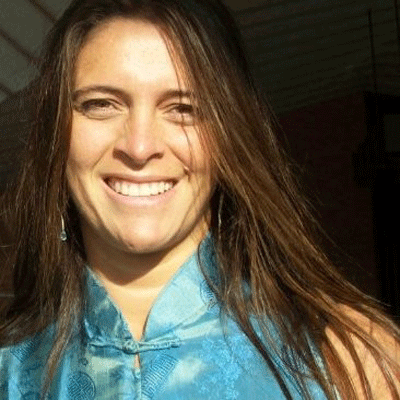 The way the Rev. Dr. Neddy Astudillo sees it, the United States has a debt to pay when it comes to climate change.

As a major generator of carbon emissions, “we need to be courageous and take drastic measures,” said Astudillo, an eco-theologian and Presbyterian pastor who is advocating for a cultural shift.

“The so-called American dream in reality is a nightmare for the rest of the world,” said Astudillo, who is Venezuelan American. “We need to reconsider our value of freedom; it’s not freedom to have and want everything that we want — at any time we want it — just because we have financial power to do so. But it’s really freedom to love, freedom to know the world, to love the world and to be in connection, in relationship with our sisters and brothers around the world and in our own communities.”

Astudillo was one of three women featured during a webinar put on by the Presbyterian Ministry at the United Nations to coincide with the 66th session of the Commission on the Status of Women. CSW66 focused on the environment and gender equality this year.

Astudillo, part of GreenFaith and Red Latina, was joined by the Rev. Mamisoa Rakotomalala of Madagascar and Yolanda Zurita of Peru in answering questions from moderator Jessica Maudlin of the Presbyterian Hunger Program (PHP).

Early on, Maudlin asked Astudillo for a definition of ecotheology. Astudillo replied that it’s about understanding “that God, as Creator, is calling God’s people … to protect the natural world, to protect vulnerable communities.” It probes questions, such as “Why are we destroying God’s Creation?” and “If we are made in God’s image, what image of God are we reflecting?”

Zurita, a social worker in La Oroya, Peru, added that “the Lord calls us through our brothers and sisters groaning in pain.”

In La Oroya, which is contaminated by mining-related toxins and pollution, Zurita and others have experienced health problems, such as seizures, and lead has accumulated in children’s bodies. Zurita said her parents and grandparents “suffered the impact of the work of the smelting company” and noted that ash covered the ground. “This was horrible pressure on Mother Nature that God gave us to be stewards of it and to take care of it for future generations,” she said.

Rakotomalala, an ordained minister of the Church of Jesus Christ in Madagascar (FJKM), talked about how Madagascar has a host of problems, from high temperatures and inconsistent rainfall, to cyclones and COVID-19, to famine and malnutrition.

She also talked about the plight of women. For example, “in Madagascar early-arranged marriages are part of the norms, the social norms,” she said. Also, “some families are so desperate … they are selling their daughters because of hunger.”

“Many children are dropping out of school to work or forage to get food and gender violence has increased. So, climate change impacts the household, brings dysfunction in the family, and women and girls are at the intersection” of these oppressive forces, she said.

Toward the end of the webinar, Maudlin asked about how to inspire people of faith, including church members, to take action.

Rakotomalala talked about “raising more awareness and accountability” and also lifting up each other’s voices.

“We tend to keep the mic for ourselves, but passing the mic to those who are silent,” especially women and girls and Indigenous people, is important, she said.

She noted that FJKM has been involved in multiple strategies to improve life in Madagascar, including training seminarians, pastors and volunteers to plant trees and grow fruits. It has partnered with PC(USA) on missionary work through World Mission.

Watch the webinar by clicking here.

Dear Lord, help us to keep the goal in mind so that we may tell the good news of Christ each day, wherever we are and in whatever we do, and keep growing in faith. In Jesus’ name we pray. Amen.