With a foot in each of two worlds, international human rights attorney has a unique perspective

Together We Welcome conference closes with poetry and priorities 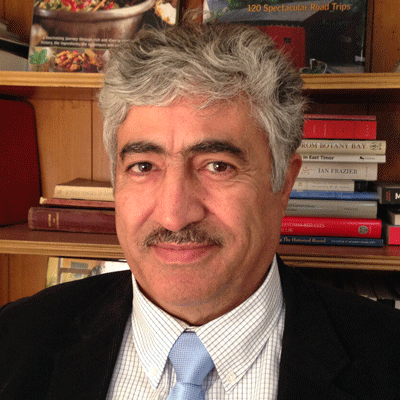 Jonathan Kuttab is a well-known international human rights attorney who splits his time between Israel-Palestine and the United States.

Recently named the executive director of Friends of Sabeel North America (FOSNA), he still maintains a law office and home in East Jerusalem. Having a foot in both worlds gives him a unique perspective.

After spending an extended period in the U.S. because of Covid, Kuttab has returned to Israel-Palestine.

Kuttab said that tourism accounts for about 60% of the Palestinian economy, which has been all but nonexistent during the pandemic. He also said there is a growing call for new leadership in the Palestinian Authority, which has not held elections since 2004.

“People are saying we need new blood, new leaders,” he said. “They think the Palestinian Authority is doing only one thing well, and that’s protecting Israelis, not protecting the Palestinians or their interests.”

Kuttab is also spending time leading discussions around his book, “Beyond the Two-State Solution,” which has just been translated and printed in Arabic and Hebrew. He describes it as “a vision for a shared common homeland that addresses the needs of common people, Israelis and Palestinians, because the two-state solution has indeed collapsed.”

He admits it is a visionary solution.

“I proposed something that doesn’t fit Zionism and doesn’t fit Palestinian nationalism, that gives every side everything they want except for exclusivity,” he said. “It says this is mine, but it is also yours. And it creates structures, laws, constitutions and procedures that address and ensure the hopes and fears of both sides, including demographic fears and security concerns. For me as a Christian, it’s one step closer to the kingdom of God than the present ideologies that exist.”

Kuttab said there are now 700,000 Israeli settlers in the West Bank, which was originally supposed to be the Palestinian State. He believes that’s one of the many reason that the two-state solution is no longer a viable option.

“In 1967 there was an historic opportunity for a compromise where you maintain your Zionism and we maintain our Palestinian nationalism, but we limit it geographically. Palestinians were to get 22% of Palestine and Israel would get the rest and that would be our resolution. But that solution was systematically undermined by all the successive Israeli governments by creating Jewish settlements throughout the occupied territory. They have their own infrastructure, their own roads, their own institutions, their own courts and their own laws that apply to them and that’s not about to change.”

Kuttab recently visited the Nassar family, who are Palestinian Christians living on their 106-year-old organic farm in the hills southwest of Bethlehem.

The Nassar family holds a legitimate deed to the land, which is surrounded on all sides by Israeli settlements. The family has been fighting in the Hight Court of Israel to be recognized as legal owners of the property for more than 30 years, racking up more $200,000 in legal fees.

The family’s dedication to peace was tested on Jan. 28, when Daoud and Daher Nassar were attacked by fellow Palestinians from a nearby village and spent several days in the hospital in critical condition. They were attacked with iron bars and large sticks by 15 masked individuals. Yet they remain committed to the principles on which the farm operates.

“Without registration they can’t get licenses, and without licenses every other day they get a new stop work order or destroy order,” Kuttab said. “This is a family that loves peace and reconciliation and nonviolence. They should be allowed to build structures for peace, not animosity.”

As difficult as things are today in Israel-Palestine, Kuttab said he thinks it is important to maintain hope.

“We need to maintain our energy and our witness, and to lift up a vision for a possibility of justice, equality, human rights and human dignity, even in the most difficult situations,” he said. “The message of Jesus was never an easy one, but it was a hopeful one.”

“Beyond the Two-State Solution” is available for free download in English, Hebrew or Arabic by clicking here.

O God, with open hearts and clear thoughts we hear the calls for healing and the cries for justice. Keep us mindful of opportunities to bring awareness, to end wrong actions and to create peace. Amen.