Even in our polarized times, it’s possible to preach faithfully on third-rail topics

But it takes caution and care 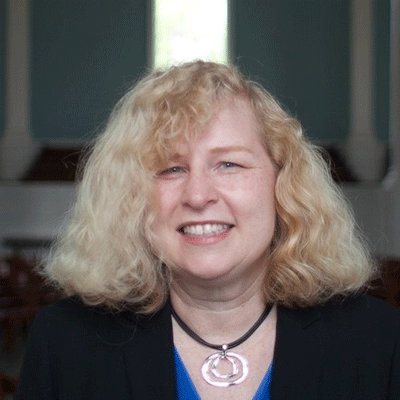 Each week, preachers make their way to the pulpit — whether wooden or virtual — to deliver a sermon to congregants living in a nation that’s increasingly polarized.

To say that preachers must thread a needle each Sunday morning in front of God and everybody doesn’t do justice to the preacher’s plight. Exploring that challenge recently fell to the Rev. Dr. Angela Dienhart Hancock, associate professor of Homiletics and Worship at Pittsburgh Theological Seminary, who spoke to more than 30 people during the monthly installment of Synod of the Covenant’s Equipping Preachers series. Her “Preaching in Polarized Times” conversation built on a talk by the Rev. Dr. Chip Hardwick, the synod’s transitional executive, who spoke on “Stretching Into Prophetic Preaching.” Watch Hardwick’s talk here.

A recent visit by a contractor drove home for Hancock just how polarized things have become. A question about whether or not to mask up soon turned into a pointed discussion on vaccines and climate change. “It was unpleasant,” Hancock said. “What we wanted more than anything else was to get the contractor out of the house, even though I knew we should stay in relationship with this contractor.”

For the church, one result of polarization is that we now have fewer opportunities for cross-cutting conversations — a time to talk to and maybe learn from people with differing views. “Americans increasingly agree,” Hancock said, “that talking with those with whom they disagree is stressful and frustrating,” adding that most Americans now say that debate has become less respectful, fact-based and substantive.

Still, on any given Sunday up to one-third of the people in worship are paying little or no attention to politics. “People are saturated and exhausted by this, across the political spectrum,” Hancock said.

Churches that embrace an activist stance on either side of the political divide tend to attract worshipers who lean in the same direction. “For some preachers, then, the question about how to address people across political lines does not show up as a concern, necessarily,” Hancock said. “For conservatives, it becomes a matter of preaching to the choir. For liberals, the dynamics are similar.”

Many congregations report a diversity of political orientations. In others, there’s a mismatch between the pastor’s political views and those of the majority of members and friends. In addition, the denomination to which the church belongs may have mixed political orientations. “It can be difficult to know what members think about social and political issues,” Hancock said, “because everyone is so careful in these settings to preserve peace and unity. They don’t want church to become the place where we have experiences like we did with that contractor.”

On top of that, a few boisterous partisans may discourage others in the congregation to share their views. “Many political scientists say churches have great potential for these cross-cutting conversations,” Hancock said. “The reason they don’t happen in diverse settings is this avoidance issue,” where people say what they value the most is unity and harmony. “Tacitly,” Hancock said, “that means how we think about our political lives has nothing to do with faith.”

Most Americans say they want their local church to stay out of politics. A 2019 survey showed 63% of congregants in mainline churches expressed that preference. In effect, we now have two kinds of faith communities, Hancock said: enclave congregations, where “everyone leans in the same political direction,” and avoidant congregations, which contain a diversity of views but where politics is not discussed.

What, then, are the consequences for preaching?

One webinar participant said that sermons might well be met with resistance, “that you will unsettle their expectation. They don’t want that cage rattled at all.”

Hancock reminded listeners that Scripture “is full of texts of people in conflict in terms of identity. Biblical texts suggest what a faithful posture might be,” such as the fruit of the Spirit. Or preachers can consider “calls to participate in God’s ministry of reconciliation,” such as 2 Corinthians 5:16–20a.

God, help us to avoid double vision when we preach your gospel by thinking it’s either about evangelism or about justice. Help us to know it’s about both: Loving Jesus means working for justice, too. Amen.