Congregations can use ideas to boost participation and giving 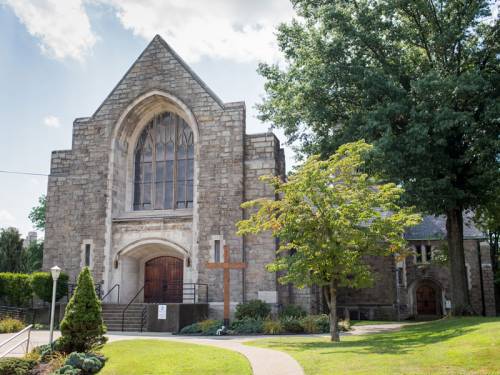 At 7:30 a.m. on Nov. 29, the phones at First United Presbyterian Church in Tarentum, Pennsylvania, were ringing. Callers wanted to know if the church had met the match for Giving Tuesday — and indeed, they had, and then some, said the Rev. Philip Beck, pastor of First United.

First United had a donor who had promised to match up to $2,000 any donations given as part of Giving Tuesday that were above and beyond the normal gifts members gave or pledged. The church ended up receiving nearly $13,000 from 21 online gifts made through the Presbyterian Foundation’s online giving portal. Members also showed up at the church with checks and cash, bringing the total to about $15,000.

Giving Tuesday has become a way to redirect energy away from acquiring stuff to improving communities and lives through generosity.

While Giving Tuesday is a secular day focused on nonprofits, churches can benefit from participation, said the Rev. Ellie Johns-Kelley, ministry relations officer for the Northeast for the Presbyterian Foundation. “It is an opportunity to participate in generosity and answer the call of God to meet the needs all around us, every day, including those served by our churches.”

First United is a mid-sized church, Beck said, with about 175 attending worship on Sunday mornings. The community itself is largely blue-collar and highly responsive to local needs. The church has become part of the fabric of the community, hosting a farmers’ market and a community garden, among other ministries. 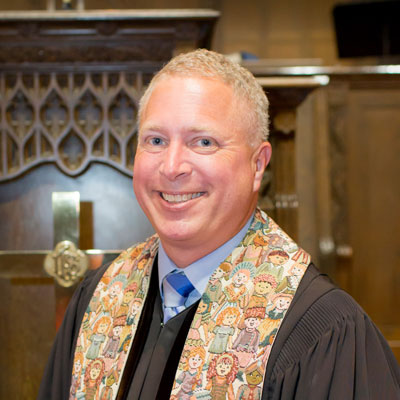 During the first year of participation in Giving Tuesday, no match was offered, and in the second year, the match was $1,000. The third year, the match was $2,000. “That’s part of the mark of success,” Beck said. “We’ve built up to this. It has taken three years to get filtered into the congregation, so they are more aware of it.”

During 2017’s Giving Tuesday initiative, Beck and the church staff posted announcements in the church bulletin, the newsletter, and on Facebook, using the #GivingTuesday hashtag online.

While all those methods are important, Beck believes the most effective connection tool the church uses for Giving Tuesday is a text-messaging service. Congregation members can sign up to participate and will get occasional messages from the church. The messages on Giving Tuesday included a link for members to visit and donate.

First United doesn’t earmark the money raised on Giving Tuesday for any particular mission or ministry. The money the church raises through Giving Tuesday is for general purposes and is still very much needed to assist in the operating budget.

Communicating how the church uses money overall is very helpful when it comes time to fundraise on Giving Tuesday, Beck said. Giving Tuesday is successful at his church because follows the fall stewardship emphasis, which goes into detail on how the church uses the pledges and donations from the congregation. “Folks know where that goes,” Beck said. “Giving Tuesday comes after our stewardship season, and we use a narrative budget with our congregation, so they know where our money goes and what those pieces are: mission, music and worship, youth and families.”

We thank you, Lord, for calling us to enter into the work that you are already doing. We thank you for the resources you provided before we even knew we needed them. May we continue to glorify you in the coming years as we together discern your call. Amen.