‘Grow or die’ aren’t the only two options 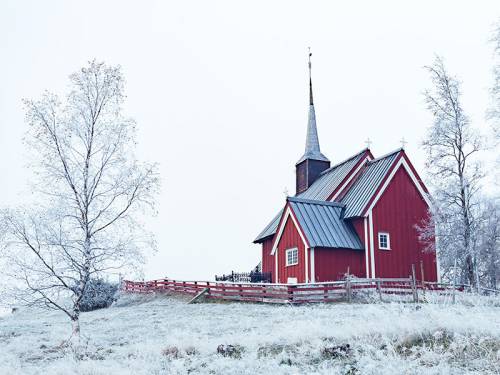 I’d been on the job for about three months when it came time for the joint planning meeting with the session and deacons. It was my first call to a small congregation in a medium-sized building. I was old enough to remember what church was like back in the ’70s, when vacation Bible school was a community event and Christmas and Easter meant extra chairs around the perimeter of the sanctuary. The church to which I’d been called didn’t even fill up on the big holidays.

So, I went into that first leadership meeting with my new “Reverend” title and armed with information and statistics. As a second-career pastor I knew my way around the communication business. I also knew that churches were supposed to grow to be successful — and gosh darn it, we were going to do just that.

I went into that meeting with all my fear and anxiety about serving a dying church. The leadership meeting started right on time and I proceeded to rush through all my great ideas. I talked about new communication strategies, adaptive change, appealing to Millennials, mission and vision statements and probably about a hundred other things that I thought were vital at the time. Many of the leaders sat quietly.

What was going on? I wondered. Why were they not excited to try all of the new things? How could they be so blasé about what their low numbers were showing? Did they want to dwindle away?

Over the next year in ministry we got to know and love each other. They knew some of my idiosyncrasies and I knew some of theirs. Still, the next joint meeting wasn’t that much different. I went in with my PowerPoint and statistics and they patiently endured — again. Toward the end, a deacon raised her hand.

“I don’t want to seem rude,” she said. “But it seems like we do the same thing every year and nothing ever changes. It doesn’t seem to make a difference.”

Another elder pushed back against the need to change at all. I announced, rather harshly, that I was not a hospice pastor. We had to increase our numbers. An elder, who was (and is) wiser than me, pointed out that they had heard the same dire stories and statistics about decline for quite a few years, but every year God managed to pull them through, oftentimes with a few new members. Not enough to show statistical growth, since so many were dying, but enough to maintain.

Of the 30 or so people who were in the room that day, only two remained standing. It was then that I realized that the church I had been serving for more than three years, the church that I thought never changed, had in fact been changing all along. While they never had 50 people join in a year, for 15 years they had welcomed a few people who felt the presence of Jesus in that sanctuary and chose to come back week after week to meet him there.

It was then that I realized that the given narrative for leaders with small congregations is simple: Grow it or close it. Today, I know that this is a false dichotomy. There is a third option. Small churches can thrive. Thriving small churches don’t get written up as success stories. Their pastors aren’t invited to speak at church conferences. In fact, there aren’t many resources geared just to them. Yet these small congregations continue to meet with Jesus and welcome others to join them. They remain grateful, as God remains faithful.

O God, you sent your Son to show us how to live in love as the community of faith. Empower us by the Holy Spirit to take action to ensure that all voices are heard, and all lives are cherished, in both the church and society. Amen.