‘We don’t always have to get it right. We just need to wrestle with it’ 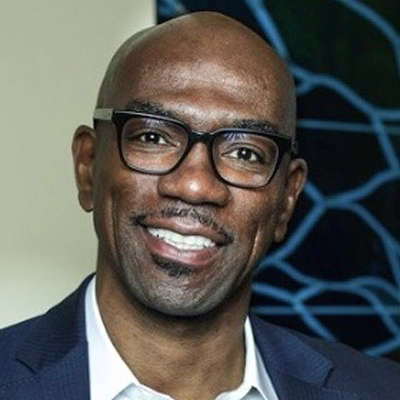 About 20 minutes into a recent webinar on prophetic preaching, the Rev. Dr. Kenyatta Gilbert paused to answer questions. After one about preaching in “purple” churches (a mix of political conservatives and progressives in the pews), Gilbert got this question from one of the 30 participants, a pastor also serving a purple congregation: Have I spent enough time understanding the complexity of the lamentation of these people?

“Many congregants who hear us want the preacher to do too much of the heavy lifting from the pulpit,” Gilbert said. Questions including “How did your vote work out for you and for our community?” can be best answered over coffee rather than through a sermon, Gilbert said. The preacher’s message can go something like this: “I am accountable to you, but there is something about what I am set apart to do that only a preacher called to shepherd can do.” Sadly, many white churches have “no strong sense of the eldering dynamic, where the preacher is accorded privilege based on [academic] preparation,” Gilbert said. “Some deference has to be afforded to the preacher in that respect. … I think God trusts us to be good stewards of the Word, the divine mystery itself. We don’t always get it right,” Gilbert said of each week’s sermonic effort. “We just need to need to wrestle with it.”

Gilbert based the webinar on his 2018 book, “Exodus Preaching: Crafting Sermons About Justice and Hope.” According to christianbook.com, Gilbert’s fourth book “is an exploration of the African American prophetic rhetorical traditions in a manner that makes features of these traditions relevant to a broad audience beyond the African American traditions.”

Gilbert says the book reflects his efforts to discover “the interpretation of divine intent through the lens of justice and hope.” It’s “congruent with the agenda of the Hebrew prophet and is a radical response to injustice and suffering.”

Gilbert offered descriptions of the social world of two Hebrew prophets, Jeremiah and Joel. That look back allows preachers to see intersections and diversions between their world and ours, he said.

Gracious God, thank you. Strengthen us as we find courage to respond to your call. In the new life of Christ, we pray. Amen.