When the Word moves into the world

This Christmas Eve, may we be ready to bear Christ again and anew 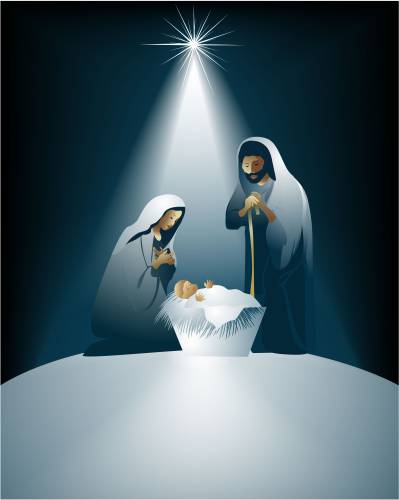 The Word became flesh and blood, and moved into the neighborhood.

In the fall of 2010, two years of planning and work were coming to fruition. A group of leaders stood on the cusp of the opening of a new worshiping community. Many in the neighborhood were anticipating the arrival of a new gathering place and spiritual home. I had been shepherding the planning team and overseeing the ways we had been laying the groundwork for this launch. Because there was construction involved, the launch date was much like a birth. We knew roughly when it would happen, but not exactly. And as the days drew close, I felt very much like I did when the time for my children’s births approached. I was beyond excited and so very aware that life would never be the same once they arrived.

Growing up, my mother read the text of John 1 to our family when we returned home from Christmas Eve services at Morningside Presbyterian Church. When I was older, I discovered Eugene Peterson’s version captured in The Message. The Word became flesh and blood, and moved into the neighborhood. God moved in with us. For months, Mary had welcomed God into her own body. The Word moved into her womb. And on Christmas Eve, she knew this Grace and Glory would soon push its way out into the world, first in Bethlehem, then Egypt and Nazareth, to the towns of Galilee and Jerusalem. From there the world was never the same.

For weeks we have been preparing anew for the birth of Christ into our lives. Now our celebrations mark the movement of the Word into the world again. This time, God has made us the Body of Christ. May Christ be born again and anew in us that we might bear Christ again and anew into our own neighborhoods — so the world will never be the same.

Still our hearts, O God, that we might be ready to behold your Glory.
Quicken our ears to your voice that we may not miss your burning cry.
And fill us, God of Wonders, with your Love that we might bear your grace into this world.
Amen.