Webinar explores how churches, and increasingly it’s Black churches, are being seen by investors as community anchors 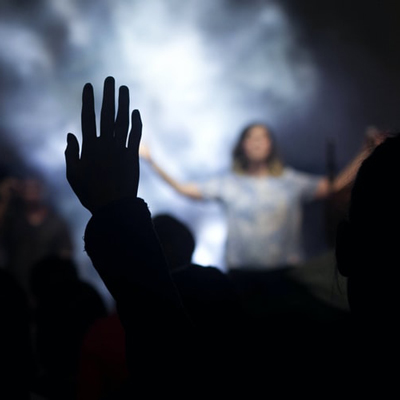 Photo by Michelle Jimenez via Unsplash

Add churches — and more and more Black churches — to the list of organizations that are seen by social impact investors as financial anchors in their neighborhoods and communities.

The Oikos Institute for Social Impact recently held an hourlong webinar on how churches and faith groups are increasingly seen as a core to anchor investing by the individuals and fund managers interested in the social impact of their investments. The panel included the Rev. Hodari Williams, the team leader of New Life Presbyterian Church in Atlanta and the program administrator for the Thriving Prophetic Congregations program, an initiative of the Interdenominational Theological Center.

Williams said a challenge he’s been seeing is that some churches aren’t adapting their economic model to the changing landscape.

“In many instances, congregations that were once thriving are now experiencing drastic changes, many exacerbated by the pandemic,” Williams said. “Some of the work we engage, particularly with Black congregations, is to recognize the [economic] crisis and help them understand a more prophetic form of leadership.”

While the traditional model is a church with a single leader, Williams said the churches that are thriving “operate from a prophetic paradigm where the community is involved in advancing the mission of the church, creating a ministry that addresses and meets the needs of the community.” Thriving churches “are engaged in justice, equity and community,” and pastors “are partners in ministry. In the Reformed tradition, that’s the priesthood of all believers.”

Thriving churches “are building partnerships and working with corporations, individuals and investors. They are agile to human needs in the community as well,” Williams said. “Many don’t have access to funds to do the work they want to do.” Williams said he attended a conference of socially responsible investors and thought throughout the presentations, “Much of this has been happening for years in Black church spaces. Why has nobody funded these?”

“These are two institutions [investors and Black churches] who had never sought each other,” Williams said. “We are seeing there is commonality between these two worlds.”

Antony Bugg-Levine, CEO of Nonprofit Finance Fund, said the fund’s goal is to support organizations and communities as they take agency to carry out their community’s aspirations. Much of that depends on trust, he said. Fortunately, “there is more money than we need in this country to drive justice and equity.”

“You understand the community’s aspirations,” he told the faith leaders watching the webinar, available here. “We can bring the money. The investor world and the church world don’t necessarily know each other.”

The Black church, Bugg-Levine said, “is a huge asset. It represents generations of effort stored in the building … now trapped,” in many cases, “because the business model is no longer viable.”

Bugg-Levine said Nonprofit Finance Fund works with about 2,000 nonprofits every year, “and not one of them loves finance.”

“It is incredibly powerful when a community can reimagine its future,” Bugg-Levine said, citing the example of a Boston nonprofit that began during the height of the HIV/AIDS epidemic in the 1980s by delivering meals to lonely and dying people. About 10 years later, the nonprofit “had a moment when they realized what they did could be beneficial to many other people with chronic illness” and who felt isolated, “bringing them food and love. They had to reimagine who they are, and they discovered something beautiful and powerful.”

Sydney Hulebak, director of the Georgia Social Impact Collaborative, said the collaborative was founded three years ago by 16 foundation leaders and impact investors and worked to become “the connective tissue” between investors and community organizations, including churches. Recently the work has been in southwestern Georgia, which Hulebak called “an under-resourced part of the state with not a lot of access to capital.” The collaborative has also been working with Atlanta-area churches, including First Presbyterian Church of Atlanta, on developing affordable housing and offering business accelerators, programs that give developing companies access to mentorship, investors and other support to help them become stable and self-sufficient businesses.

First Presbyterian Church in Atlanta has Epiphany, a social entrepreneurship initiative created to promote individual economic empowerment. It’s an incubator, according to the church’s website, “for entrepreneurs with innovative ideas to address social challenges.”