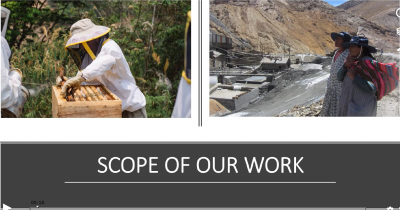 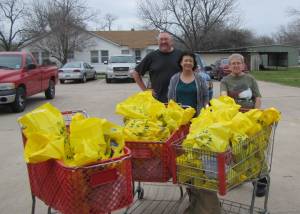 By Eileen Schuhmann | Presbyterian Hunger Program The U.S. is not immune to hunger and poverty problems. In fact, the United Nations Special Rapporteur on extreme poverty and human rights, Philip Alston, found high levels of inequality and extreme poverty in the U.S. After completing a two week visit to the U.S. in December 2017, Alston found… Read more »
June 12, 2018 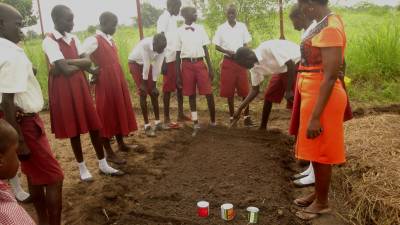 Twenty Million on Brink of Famine By Eileen Schuhmann | Presbyterian Hunger Program We tend to associate famine with weather-related food supply issues. However, conflict is the primary driver of “persistent severe hunger” (IFPRI). On May 24, 2018, the UN Security Council recognized for the first time that armed conflict and violence are closely linked to… Read more »
May 11, 2018
By Jed Koball, PC(USA) Mission Co-Worker in Peru ¨I don´t understand why you are here!¨ The words came from an elder woman in the group we were meeting with in La Oroya. She had not spoken the entire time. In fact, it was the first time I had ever heard her speak. She was someone… Read more »
April 9, 2018
Now Available!   Download and read the latest PHP Post on Earth Care and hunger concerns. Also learn more about, “How to Become an Earth Care Congregation.”
March 6, 2018
By Fabienne Jean | Coordinator for FONDAMA   Before it was colonized, the island     of Haiti was inhabited    by a people who depended mainly and traditionally on natural resources. These people lived and produced their food with methods that respected the “Pachamama,” a term meaning “Our mother, the earth.” With the Treaty of Ryswick (1697), the island… Read more »
February 24, 2018
By Conrado Olivera | Red Uniendo Manos Peru Representatives of the communities most impacted by contamination from mining and oil industry activity met earlier this year with Health Minister Abel Salinas Rivas. Leaders from Espinar, La Oroya, Pasco, San Mateo, Chiriaco, Bambamarca, Puno and Cuninico were present, and they requested that the dialogue begun with… Read more »
February 13, 2018

Civil society works to revise the mining code so that communities benefit from increased mining investment By Jean Marie Kabanga | Joining Hands DR Congo Since the enactment of the new mining code of the Democratic Republic of Congo in 2002 and the implementation of its mining regulations in 2003, promises for the development of local communities… Read more »
February 9, 2018 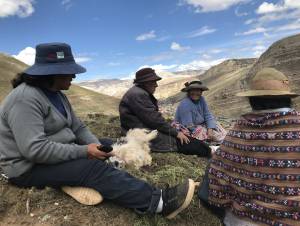 Amazonic tribes and Andean communities are celebrated by Pope Francis as models for caring for our Common Home By Jed Koball | Mission Co-worker Peru On a hot and humid January day, gathered in the town of Puerto Maldonado in a region of the Amazon Rainforest devastated by massive deforestation and the contamination of rivers… Read more »
December 8, 2017 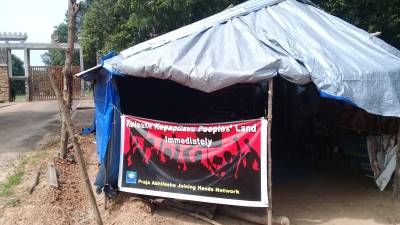 Eight years after the end of civil war in Sri Lanka, internally displaced persons continue to struggle to return home By Raajan Francis | Coordinator of Praja Abhilasha, Joining Hands Sri Lanka In 2009, in the final stages of the nearly three-decades civil war between the Government of Sri Lanka (GOSL) and the militant group Liberation… Read more »