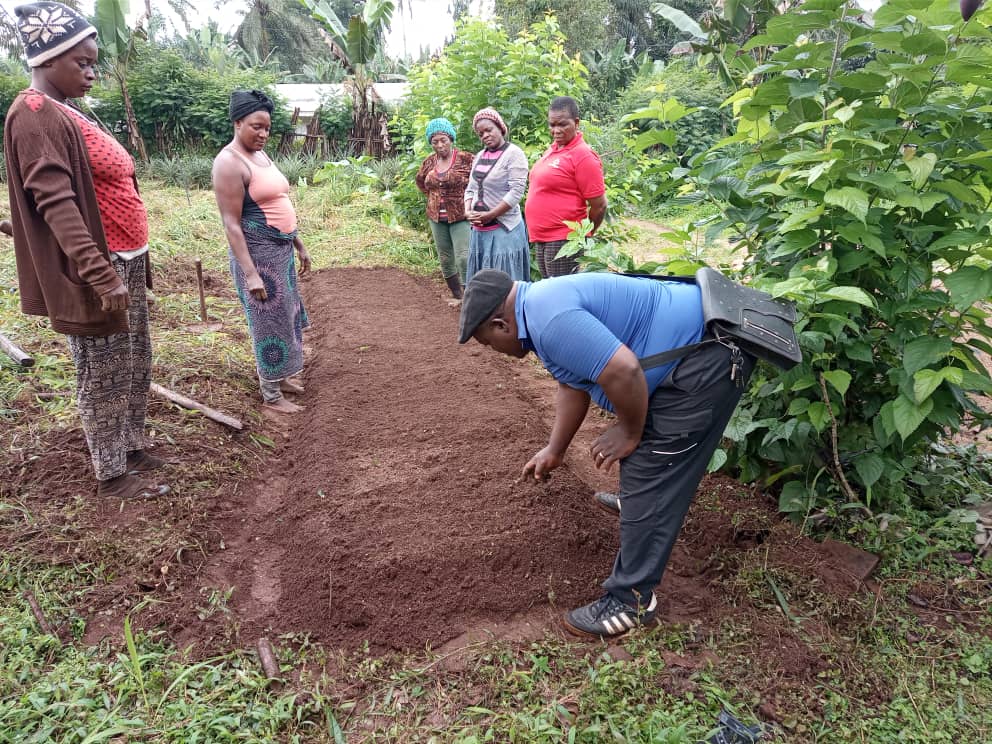 Farmers undergo a training in the application of organic fertilizers for vegetable production. Photo courtesy of CISEGD.

April 17 marks the International Day of Farmer and Peasant Struggles.[i] This year, the struggles of farmers are even more challenging in the face of the Covid-19 pandemic.

Farmers are the ones who feed the planet, but surprisingly, they are also among the poorest and hungriest people in the world. According to the Food and Agriculture Organization (FAO), around half of the world’s hungry people are from smallholder farming communities, surviving off marginal lands prone to natural disasters like drought or flood.

A pandemic like the one we now face, risks devastating “poor rural communities and small-scale food producers who already face challenges such as weak resilience, poor nutrition and limited access to resources and services.”[ii] Covid-19 has hampered the ability of farmers to travel, get produce to market, purchase inputs and of course keep producing the food that is necessary for their national food security.

The Presbyterian Hunger Program (PHP) is currently supporting work by our partner CISEGD to assist smallholder farmers in Batibo in the Northwest region of Cameroon to improve nutrition, increase income, and ensure food security.

The Northwest region of Cameroon is one of the two Anglophone (English-speaking) regions impacted by armed conflict between the Francophone (French-speaking) controlled government forces and Anglophone separatists seeking to form an independent state.

The current Anglophone crisis has destroyed the lives and properties of farm families in the Anglophone regions of Cameroon. Hundreds and thousands displaced both internally and externally, thousands of homes and farms burned, and thousands have lost their lives.

Poverty levels have increased with most unable to afford basic needs while hunger and  malnutrition are on the rise. Malnutrition is now common in Batibo, where the growth of four out of every 10 children younger than 5 years old is stunted, and one in 10 are severely underweight. Nearly half of the young children in Batibo suffer from stunted growth and many others have vision problems due to vitamin A deficiency.

Since the Anglophone crisis started, CISEGD has been working on several projects and activities that are helping farmers to engage in sustainable agriculture for a better future. In 2021, with the support of PHP, CISEGD will set up 5 demonstration farms and one community greenhouse to train smallholder farmers on orange-flesh sweet potato vines multiplication, production and processing.

Orange-fleshed sweet potatoes are a great source of vitamin A as well as other important nutrients. The leaves can be eaten as greens or used to feed animals. The vines are used as planting materials. And the roots are eaten as food and can be processed into different products for consumption and sale. Sweet potatoes provide farmers an opportunity to improve their food and nutrition security as well as secure income from the sales of surplus.

On this International Day of Farmer and Peasant Struggles, we celebrate the resiliency of smallholder farmers in Northwest Cameroon who are willing to restart their food production after losing everything even while the threat of future violence and Covid-19 looms. And we celebrate our partner CISEGD, whose dedicated staff are committed to doing this important work.

[i] Since 1996, in memory of the massacre of 19 Brazilian landless peasants who were brutally assassinated, the Via Campesina, an international peasants movement, has declared April 17th to be the International Day of Farmer and Peasant Struggles,  a day for recognizing the struggles of smallholder food producers globally and organizing actions in support of food sovereignty and food justice.