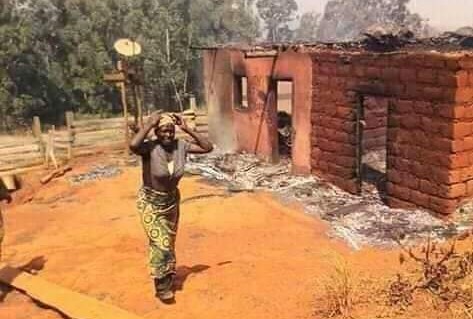 February 2018. A mother lamenting over her burned home at Ribah – Kumbo NW Region after Cameroon’s State Armed Groups torched it as a suspected Non State Armed Group hideout. Photo from cell phone in the field.

March 24 is the day that we observe the International Day for the Right to the Truth Concerning Gross Human Rights Violations and for the Dignity of Victims. According to the United Nations, “This is a day to honor the memory of victims of gross and systematic human rights violations and promote the importance of the right to truth and justice; and pay tribute to those who have devoted their lives to, and lost their lives in, the struggle to promote and protect human rights for all.”

In 2016, frustrations came to a head when teachers, students and lawyers in the Anglophone regions openly expressed their grievances and raised their voices to denounce their perceived marginalization within the country through street strikes. The strikes then quickly grew into political demands for a return to the federal system of government where localities would be able to elect their own local representatives rather than the current system where representatives are appointed by the Francophone controlled government. 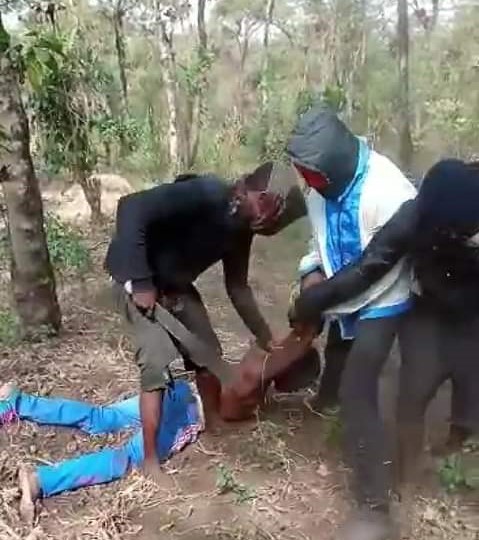 January 2020 -Anglophone Separatist fighters beating up an Elementary School Teacher for campaigning for back to school. Photo from cell phone in the field.

Unfortunately, part of the response by the government was brutal including the shutdown of the internet connection in English-speaking regions for three months, and the arrest and detention or killing of some protesters. A separatist group then emerged in 2017, fighting back against the military and advocating for the complete secession of the English-speaking regions from Cameroon.

In the midst of this war, and its associated humanitarian disaster, which Norwegian Refugee Council described as the most neglected humanitarian crisis in the modern world, the civilian population is caught in the middle between the state army and separatists, and bearing all of the negative consequences. Paradoxically, the world has remained largely silent.

For almost five years, both the Cameroon military and separatist fighters have been inflicting serious pain and suffering on the local populations in the Anglophone regions. Today, the bloody armed conflict has internally displaced more than 700,000 people and more than 63,000 are living in Nigeria as refugees.

More than 250 villages have been razed and sometimes grandparents or children unable to run have been incinerated in their houses.

In 2018 the International Crisis Group reported that more than 3,000 people had been killed. Seeing all of the killings on a daily basis, this number is certainly a lot higher. 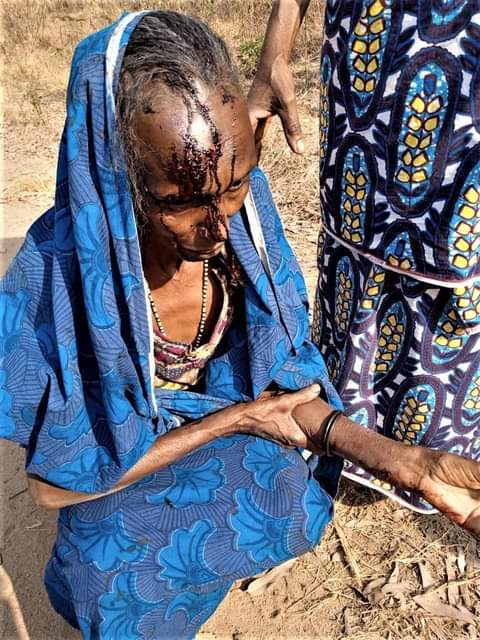 A Fulani Woman beaten by Separatists fighters for conniving with State Armed Groups. Fulanis are a minority ethnic group in the 2 Anglophone Regions of Cameroon. Photo from cell phone in the field.

The military has been conducting arbitrary arrests without warrants in Anglophone regions and thousands of English-speaking Cameroonians are in different jails across the country. They are generally tried in military tribunals. Torture or summary executions are common with sometimes gruesome/graphic videos and photos of victims beaten violently displayed on the social media. Thousands of people have been victims to these torture sessions, some reported and some undocumented.

Similarly, Separatist fighters have abducted civilians they suspect of complicity with the military, and have kidnapped a number of people. The victims have been maltreated, forced to pay a ransom or even killed after serious torture and degrading treatment.

Gender based violence and child abuse are rampant. Human Right Watch published a disturbing report on February 26, 2021 on the rape of 20 women back in March of 2020 during a Cameroon military attack in the village of Ebam in the South West Region.

Separatist fighters, on their part, have maintained school closures for the last 4 years in the English-speaking regions with only about 15% schools, mostly in urban areas, operating.  Some kids who dare go to school have been beaten or have had their hands severed.

Despite the grave human rights abuses, international response to the on-going war in the Anglophone regions has been very timid. The United Nations, Commonwealth of Nations, African Union, Organization of the Francophonie, and some foreign and Diplomatic Missions in Cameroon have called for restraint from both parties and engagement in dialogue, but nothing has changed on the ground. 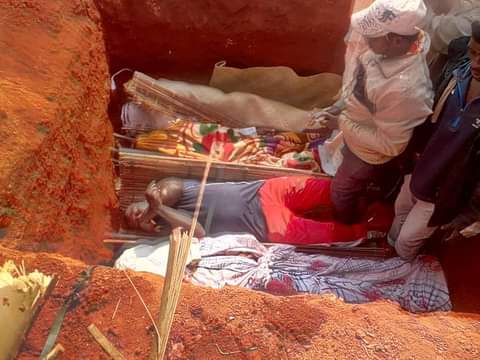 It is abundantly clear that the human rights situation in the Anglophone regions of Cameroon is deplorable. Unfortunately, the international response so far had been very timid, which allows the killings and all other barbaric acts from the army and separatist fighters to continue. Not enough pressure is being exerted by the international community on the government and separatists to engage in dialogue and work for the return of peace.

.The local populations are going through horrific hardships and traumas that can be likened to the Rwandan genocide. Following the genocide in Rwanda in 1994, the world was quick to say “never again”. It can be argued that what has been happening for the last 5 years is a clear indication that world leaders have not learned from the past when it comes to taking action to prevent atrocities.

Great guilt should hang on the Cameroonian authorities and separatist fighters for the harm they are inflicting on the populations. But without sustained international pressure for a ceasefire to clear the way for an international facts finding mission to determine the human rights abuses and hold perpetrators accountable for their actions, many lives will continue to be lost shamelessly in Cameroon.