Most Americans want their churches and religious organizations to stay out of politics — most, but not all.

Maintaining that wall of separation is true for more than 6 in 10 of mainline Protestants and Catholics. But 54% of those surveyed from historic Black faith traditions told the Pew Research Center they want their churches to express their views on social and political questions. 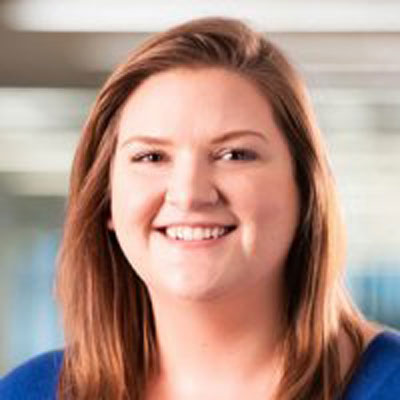 And most church attenders said the sermons they hear each week have the right amount of politics included, according to Claire Gecewicz, a Pew Research Center research associate for domestic religion polls. She recently appeared as the guest of the Rev. Gregg Brekke, executive director of The Associated Church Press, during a Religion Communication Congress 2020 webinar called “Americans’ Views on Religion’s Role in Society and Politics.”

More than 3 in 4 evangelicals say that religion strengthens morality, while 64% of mainline Protestants agree, Gecewicz said. Only about 3 in 10 unaffiliated Americans agree with that statement.

“The most religious Americans — those who frequently pray and attend services (at least in typical times), and who rate religion as very important to them — are far more likely than others to say their faith has grown stronger as a result of the coronavirus outbreak,” Gecewicz wrote of the survey, conducted April 20-26 among more than 10,000 U.S. adults. “In other words, the self-reported strengthening of religious faith has been most pronounced within a segment of the public that was already quite religious to begin with.”

Larger shares of Black Americans than whites or Hispanics say their faith has grown stronger as a result of the coronavirus outbreak, Gecewicz wrote. Women and older adults are more likely to say this than men and younger adults.

“It remains to be seen,” she wrote, whether “the strengthened faith that some Americans are experiencing will translate into greater service attendance, since most houses of worship are closed due to nationwide social distancing recommendations.”

The survey was the first time Pew Research Center had asked Americans how a crisis affects their faith, Gecewicz told Brekke. The pandemic “is an event nobody has experienced before. It allows us to do all kinds of research and track how Americans are coping with the outbreak — economically, religiously and socially. That’s a big focus for us.”

Gracious God of love, thank you for modeling true compassion and peace. Strengthen us as we find courage to respond to your call. In the new life of Christ, we pray. Amen.