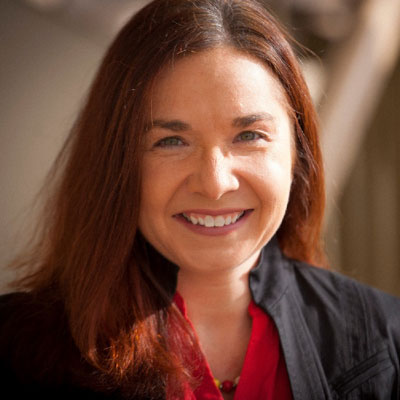 Beginning in Genesis, the Bible assigns humankind responsibility to care for every living thing — not just plants and animals, but one another.

But many of us are shirking our duty, contributing to pollution levels that are largely unseen and helping to worsen global warming, which has given planet Earth at least a low-grade fever.

Dr. Katharine Hayhoe, an atmospheric scientist at Texas Tech University and co-author of “A Climate for Change: Global Warming Facts for Faith-Based Decisions,” spoke during the opening day of May’s Festival of Homiletics, which was held online this year. This year’s theme was “Preaching a New Earth: Climate and Creation.”

Each year, global warming is putting more and more people at risk to poverty and hunger, political instability and health problems, she said. Droughts are occurring in West Texas, where Hayhoe lives, and in far-off locations including Syria. It’s now “a big straw on the camel’s back,” she said. Climate change has widened the gap between rich and poor worldwide by 25%.

Hayhoe used a military term, “threat multiplier,” to describe the effects of climate change. “It’s like a bucket with a hole in it,” she said. “The hole is getting bigger over time.”

What to do? Fortunately for believers, the Bible is specific about what our attitude and actions should be, Hayhoe said.

God hasn’t given us the spirit of fear, she said. Fear is behind the denial of basic science and climate change. Many say they also fear excess government control, “somebody telling me what to do.” What spirit has God given us?

It’s right there in 2 Timothy 1:7, Hayhoe pointed out. She likes the New King James Version: “For God has not given us a spirit of fear, but of power and of love and of a sound mind.”

There’s no one magic solution, but there are dozens of proactive ways Christians can collectively work to mitigate global warming’s disastrous consequences.

“As Christians, we are not lone rangers,” Hayhoe said. “We are part of a body, and we are called to act in community.” One organization people can join online, she said, is Climate Caretakers, which among other services sends subscribers a monthly email with ideas on what they can do together.

“We can act individually, too,” she said, by consuming more locally grown food, eating lower on the food chain and considering the installation of solar panels to help power our homes.

“But most important is to use our voice to tell people why climate change matters,” she said. “Share the good news of the solutions that already exist.”

In addition, “we can join an organization that amplifies our voice” by working in tandem with other like-minded people: birders, skiers, people who fish, mothers. “There’s an organization for everyone,” she said.

The bottom line: “For us as Christians, caring for God’s Creation is a genuine expression of our faith, a true expression of God’s love,” Hayhoe said. “The only thing that counts is when our faith expresses itself through love.”

“It’s about loving our global neighbor,” she said.

We thank you, Lord, for the new thing you are doing among us. We pray for the mission and ministry of the congregations, who are envisioning and acting on a new way to be your people in a changed and changing world. In Jesus’ name we pray. Amen.