Congregation helps homeless by providing a ‘Room in the Inn’

Community and church now working together to ease crisis 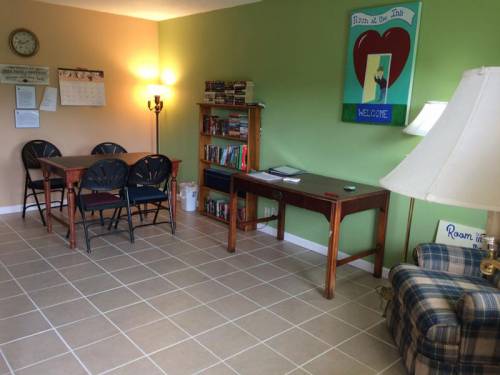 When the Rev. Jeff Kane and his wife moved from Colorado to Tennessee in 2013 to be closer to their grandchildren, Kane reached out to Middle Tennessee Presbytery to find a church to serve. The only prospect was a congregation of 15 or so older members, which put them in the precarious category of a “dying church.” What Kane found, though, were 15 people who made the decision to trust God — completely. They were no longer going to protect the endowment, but rather spend it on a full-time pastor rather than part-time. “They made a decision to be faithful to the gospel and got to work,” said Kane.

Part of that work was realizing that their campus — where the classrooms had long become ghost towns — was “not theirs but God’s.” A shifting perspective brought with it the openness to opportunities such as welcoming a 700-member Baptist church undergoing renovations. In the “sharing of their pews and parking spaces,” the Presbyterians felt energy returning. After the Baptists left, the Pentecostals came when they needed a temporary space.  “All of a sudden, we had diversity among us,” said Kane. Diversity sparked new conversations on what the groups could do together to help the homeless in the area. In the winter of 2016, the Presbyterians and the Pentecostals threw mattresses on the floor in Westminster Presbyterian Church’s basement in Columbia, Tennessee. Few came, but the congregation remained committed to the mission. Then, during Memorial Day weekend, the Presbyterians’ “praying and searching” for a purpose came. A couple came looking for a place to stay. They asked, “Is there room in the inn?” With those words, the basement sleeping accommodations expanded to the long-empty classrooms. The ministry was named “Room in the Inn,” after a Nashville nonprofit Kane was familiar with some 30 years ago when he was a pastor in the area.

Westminster began enlisting the expertise in the community to help those coming to the “inn” with addictions, job searching and other challenges that perpetuated homelessness. Guests joined the congregation in worship, which made the energy among the congregation “bubble more,” said Kane. “We thought we were dead, but now we had silver-haired Presbyterians sitting next to purple-haired teens.”

The congregation grew not just in number, but in diversity and love. What was happening inside the church walls was getting noticed in the community. The Rotary Club even installed showers in the church.

In 2019, Room in the Inn was shut down due to the church campus not meeting fire codes. A local motel stepped up and provided the church with a block of rooms. Room in the Inn is now a nonprofit with its own volunteer staff. And Westminster? It’s a 70-plus member congregation who is still committed to being faithful to the gospel. When the congregation became a Matthew 25 church, Kane said it was a natural progression of the Holy Spirit. What the Matthew 25 designation did do is keep that mission front and center, said Kane. “I give this congregation credit, and God all the glory, because never once did I hear them say ‘we need children’ or ‘we need to fill the pews,’” said Kane. Survival was never about attendance numbers or money. It was about living out the Matthew 25 gospel and trusting always that “Jesus is Lord.”

Creator God, you send us miracles that help us know that in you everything is possible. When we work together and gladly serve one another, great things happen. We are grateful for anyone who takes the equivalent of loaves and fishes and generously feeds others. Amen.