Getting ourselves out of a mess

I am the Lord your God, who brought you up out of the land of Egypt. Open your mouth wide and I will fill it. … But my people did not listen to my voice; Israel would not submit to me. So I gave them over to their stubborn hearts, to follow their own counsels. — Psalm 81:10–12

“With what shall I come before the Lord, and bow myself before God on high? Shall I come before him with burnt offerings, with calves a year old? Will the Lord be pleased with thousands of rams, with ten thousands of rivers of oil? Shall I give my firstborn for my transgression, the fruit of my body for the sin of my soul?” He has told you, O mortal, what is good; and what does the Lord require of you but to do justice, and to love kindness, and to walk humbly with your God? — Micah 6:6–8 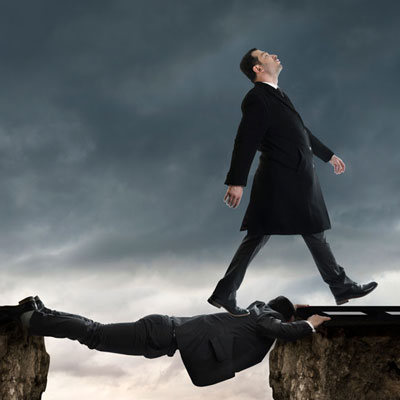 Sounds like the same old same old, doesn’t it? God’s people, called the “chosen ones,” are somehow unable to live faithfully in gratitude to God in spite of God’s love, grace and care for them. The psalmist attempts to voice God’s bounty and God’s faithfulness as well as God’s frustration that they cannot seem to embrace the values of the One who gave them life and who has promised to sustain them. Over and over again they become a disappointment. They are tempted by the “gods” of the cultures in which they find themselves, forgetting the source of the true freedom they have been given as God’s own children.

Finally, God invokes the worst punishment imaginable, although it may not seem so terrible at the time: God “gave them over to their stubborn hearts.” God left them on their own. What parent has not been frustrated enough at some point in their children’s upbringing to be tempted to say, “All right, you got yourself into this mess, so you get yourself out of it?”

It is clear from Israel’s history that the people too often fell into such self-confidence and arrogance about their own importance, wealth and power that they did not need God. One wonders if we, the United States of America, have not fallen into this trap. Proud of our wealth, power and standing in the world, perhaps we have drifted into this dilemma. And lest anyone doubt, we are determined to recoup any standing that we may have lost. Humility be cursed! We are the greatest!

Amid this arrogance, God has brought us face-to-face with the moral poverty of our use of the “divine right” invoked in the Doctrine of Discovery that allowed us to build this nation on the land and bodies of men, women and children who were here when our Caucasian ancestors arrived. And that hubris led us to build our economic power through the labor of people of color, shipped here not as children of God, but as economic assets.

But perhaps now things have become transparent enough that we who have dominated are coming to terms with the evil we have done.

What we do know is that those who have been used have been used and abused are claiming their rights as children of God and participants in a society where everyone is to be valued. May all of our leaders commit themselves to making it so.

Today’s Focus: Our need for God

Gracious God, we thank you for the witness of the church. We ask that your mighty hand would uphold us and guide us as we seek to serve you. In the name of Jesus. Amen.