Truth in a fake news world 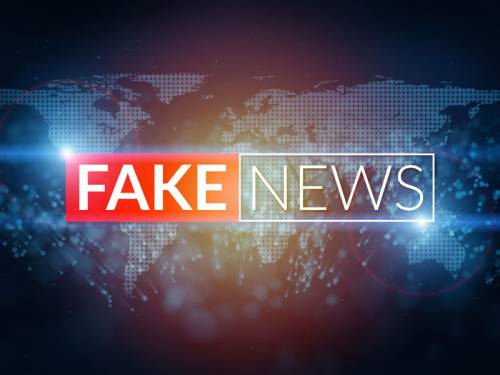 Is there a passage filled with more irony than this? The church leaders and the crowd, infuriated by Jesus’ message on behalf of the poor, decided to lynch him. They knew they could not simply murder him — given his loyal following — so they brought him to Pilate, who had the executioner’s power. Pilate, finding no legal fault in Jesus, offered an alternative to killing him. He would release Jesus under the tradition of releasing one Jewish prisoner at each Passover.

It is important to remember that the crowd was not rabble. It was made up of devout Jews, including their religious leaders, among whom some held the most honorable positions. They saw Jesus as a threat to their way of life in relation to the Romans, having trained themselves to try to get along and steer clear of Roman justice.

They had not faced the kind of threat Jesus presented to that accommodation, nor were they willing to put up any longer with his preaching and teaching among them. And that threat was embodied in the very presence of Jesus among them. Jesus came talking about the truth, and even Pilate knew he was different. “What is truth?” Pilate wanted to know, asking Jesus as if truth is a philosophical principle flexible enough to fit any situation.

What is truth — today?

There have been times in the history of the United States when we’ve had so much disagreement about that very question. In our search, we’ve created categories such as real news vs. fake news. We’ve even seen some religious leaders artfully clothe political agendas in the language of faith to shape political reality.

The leaders of the Jews had so propagated the “fake truth” that undergirded their places of power that they could not abide Jesus’ claims that he was “the way, the truth and the life” (John 14:6). They simply could not hear his message of justice or his willingness to die for the vulnerable — whom those in power had condemned to poverty, slavery and shame.

We in this day are called to discern the truth of Jesus Christ, to embrace his call to “do justice, love mercy and walk humbly with our God.” And as the Declaration of Faith, adopted as a contemporary confession of faith at the 197th General Assembly in 1985, calls us to do, we are “to unmask idolatries in Church and culture.”

Today’s Focus:  What is Truth?

Gracious God, each day we encounter your gifts and the joys of engaging with your world. Orient our service to meet the needs of your Creation. Outfit us with your love and give us eyes to see that in serving we are lost like Jesus, our brother and Savior, in whose name we offer this and every prayer. Amen.