And God said … thou shalt not burn out 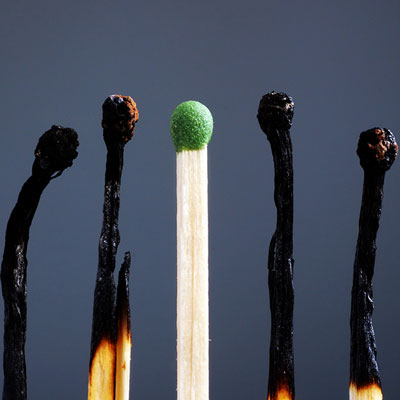 Burnout. Just reading the word is enough to cause the shoulders to droop, the body to want to curl up in a ball and find somewhere to rest. For many church leaders it can be an ever-present companion in the life and ministry of the congregation.

But is this God’s call? Is burnout an unavoidable challenge in the life of ministry? Or is there a way out, a way through? When faced with a sense of being overwhelmed and under-energized, is there something that church leaders can do to find refreshment and new life?

The Rev. Laura Sias-Lee, pastor of Sashabaw Presbyterian Church in Clarkston, Michigan, began seeing the impact of burnout as she looked out at the congregation on Sunday mornings during worship.

“I realized that there were a handful of people taking on most of the leadership roles, and I realized those people were getting tired,” said Sias-Lee. “For example, the session would meet and would have great ideas, but then we would ask, ‘But who is going to lead it, to be in charge of it?’”

It would always come back to that same group of already busy people.

“Busy people make the time to do more and more — if you want the job done, ask the busy person because they will get it done,” she said. But Sias-Lee noticed that it was taking a toll. She herself was feeling the stress of burnout as well.

Sias-Lee began talking more about the importance of sabbath keeping but when she talked about rest, she said, those busy leaders looked at her “like I was nuts.”

“We made a huge wall chart for those in the congregation of all the things they could do on Sunday, instead of coming to worship, but still to be mindful of God,” Sias-Lee said. Then she asked the congregation to report back on how they spent their sabbath time.

Some chose to go to the Detroit Institute of Arts and look for God in the arts. One woman who had always gotten the Sunday New York Times, but never had the chance to read it, chose to pray over the stories she finally had time to read. Another man went to his daughter’s pool to swim, float, meditate and practice thankfulness — something he never would have taken the time to do, had it not been suggested. One woman even gave herself permission to not do anything. If God took a day of rest, why couldn’t she?

The twice-monthly Saturday night worship service experiment not only allowed the congregation to experience the power of sabbath rest, it also provided the space to dream again.

“We began to rethink a lot of things that we had just done because they were traditional,” said Sias-Lee. A self-described “traditionalist” herself, she and the congregation both began to see ways to include more creativity in their life together. During the Saturday night service, Sias-Lee is now more likely to use art and silence as part of the service.

“I think it has also made people more open to new ideas. It has opened people up to the idea that church doesn’t have to just be one way,” she said, adding that it has also helped the congregation to “see God” in the everyday and all around them, not just on Sunday mornings.

“When you are given the time and your pastor tells you that you are supposed to spend Sunday morning looking for God, it is amazing where you see God the rest of the week as well,” she said.

Christ, when you looked over a multitude of people with your disciples, you asked them to feed the hungry. May we continue to heed your instruction by reaching out to those who hunger for bread, for community, for you. Amen.