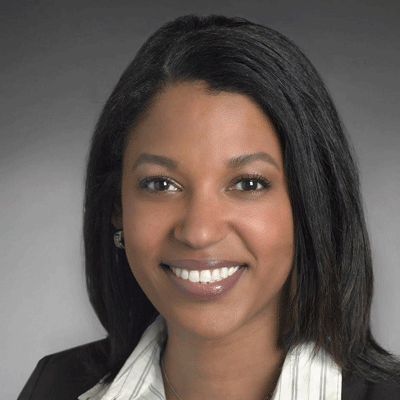 The Rev. Ruth-Aimée Belonni-Rosario Govens is co-leader of the Presbyterian Pan American School in Kingsville, Texas.

Together with her husband, Dr. Gordon Govens, the Rev. Ruth-Aimée Belonni-Rosario Govens has led the Presbyterian Pan American School in Kingsville, Texas, for the past two years or so, helping to prepare 90 international students each year for lives of Christian leadership in the global community. PPAS is among the institutions supported by the Christmas Joy Offering.

“The No. 1 joy my husband and I have experienced as we co-lead the school is seeing students grow,” Belonni-Rosario Govens said during Special Offerings’ broadcast of “Between Two Pulpits,” which can be viewed here.

She called the student body, which hails from Korea, Guatemala, China, Colombia, Venezuela, Mexico and other countries, “ninety kids trying to discover who they are,” by, in part, “pushing the boundaries.”

“It’s a joy,” she told “Between Two Pulpits” hosts Bryce Wiebe and Lauren Rogers, “to see them develop into the young women and men God created them to be.”

Belonni-Rosario Govens said the experience she and her husband, the first Black leaders of PPAS, have with diversity “prepared us to lead this place, to bring a vision that is not limited to its geographic location. … This is a rural town, and it’s understandable people might fear what is new. We are not bringing students from all over the world to teach them this part of the world, but to be advocates to the world. We are creating a micro global community here in Kingsville.” That gives students “a framework and a language, modeling for them what it is to be an inclusive community by offering radical hospitality.”

“They are growing, and it is a constant challenge for them,” she said, “but it is a beautiful thing. We get to see many things their parents don’t get to see. It is a blessing that comes with challenges.”

With so many languages present on campus, Belonni-Rosario Govens encourages students to listen for the rhythm and cadence of speech. “I am intentional about not calling it accents,” she said. “They are learning English and mannerisms — how to read people’s emotions, how to read personalities, how they use language and different intonations. It is again a joy and a challenge.”

Asked about a lectionary passage she’d choose to preach on, Belonni-Rosario Govens chose the words of John the Baptist as recorded in Luke 3:7–18.

“We live in a society now where everything is fast-paced,” she said, “but the pandemic has stopped us in our tracks.” John is answering the crowd who asked him, “What, then, should we do?”

“There are a lot of hypocritical Christians out there,” Belonni-Rosario Govens said. “A lot of us say, ‘We have Abraham as our ancestor,’ but John says, ‘At the end of the day, saying that is not going to save you. What are you doing right here and right now?’ Even tax collectors came to be baptized.”

John tells the tax collectors to collect no more than the amount that’s prescribed. He tells soldiers not to extort money from anyone through threats or false accusations.

Belonni-Rosario Govens sees the modern-day equivalent for young people on social media, where the question can become “How much information can I come up with so I can destroy someone else?”

“I believe as human beings we are not being better toward one another,” she said. “We are more sophisticated with our tools for hurting one another. I’m not saying social media is all bad. It is a tool that has brought people together. But I am calling out ourselves as Christians in the same way John was calling people to repent.”

“We want to deal with joy and happiness, but when it comes to accountability, we think the gospels must have made a mistake,” she said. “John is very clear: there are consequences for your actions. … I think you have to work for that joy — not individually or selfishly, but for others.”

“My hope,” she said, “is that we don’t miss the opportunity as people of God to do the right thing, to not stay idle, to not be stagnant, to know that Christ is coming and it is up to the church to bring about the kingdom of God that is already here.”

O Lord, you call to us throughout the ages. We give thanks for the generations of faithful witnesses on whose shoulders we stand. May your Holy Spirit inspire and equip us to share our faith with others. Amen.