A climate scientist’s case for hope and healing 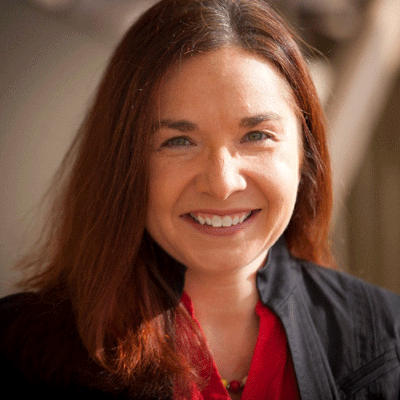 Climate scientist Dr. Katharine Hayhoe says the most important thing we can do to fight climate change is to talk about it. That’s precisely what she did during a McClendon Scholar Program offered by New York Avenue Presbyterian Church in Washington, D.C. Nearly 400 people listened in.

“Whenever we talk climate change, we always refer to it as saving the planet,” said Hayhoe. “I am here to tell you something: the planet will survive anything we do to it. The planet does not need us. We need the planet. It’s about saving us, and by ‘us’ I mean human beings, human civilization and the many things living with us.” Hayhoe made the case that in Genesis 1, God gives humans “responsibility over every living thing on the planet: plants, animals and our sisters and brothers as well.” To care about climate change, we need to be only one thing, she said: a human living on planet Earth.

“What makes me the angriest and the saddest is that 3.5 billion of the [Earth’s] poorest people are responsible for 7% of the problem,” Hayhoe said. They are already marginalized, and they’re mainly comprised of women, children and Indigenous people “living in communities suffering from racism, marginalization and injustice.”

As someone who earned two graduate degrees in the field of climate science, “if I can find hope, you can, too.”

The U.N.’s Intergovernmental Panel on Climate Change says that “every action matters,” Hayhoe said. “Every bit of warming, every year and every choice matters.”

People are willing to change if they feel efficacy, she said, the belief that what they do will make a difference. “The one thing we need more than hope is action,” Hayhoe said, quoting the young climate campaigner Greta Thunberg. “Once we start to act, hope is everywhere.”

Where do we start? It’s counterintuitive, she said, but it’s not with plug-in cars or solar panels or plant-based diets. “Those are good things to do,” Hayhoe said. “But do the one thing most of us aren’t doing: talking about it. … We don’t think it matters, and we don’t think there is anything positive we can do to change it.”

Hayhoe added: “Your voice can make a huge difference. You may not know it until later, or you might never know. We use our voice to talk about why it matters and about possible practical solutions. That’s how we change the world.”