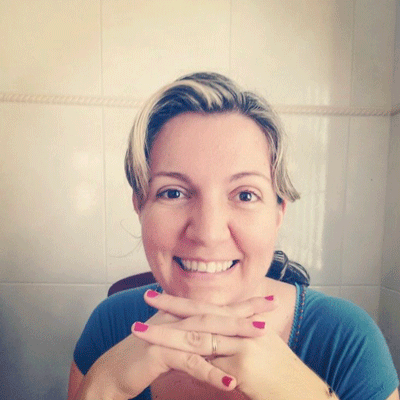 In a podcast from the New Worshiping Communities movement in the Presbyterian Church (U.S.A.), “New Way” host the Rev. Sara Hayden explores how creative expressions of the church are taking place around the United States and the world.

In part two of her conversation with Fabiana Araujo — who spent the past 20 years with her husband ministering in their home country of Brazil — Hayden talks to Araujo about how Araujo’s background as a musician and an architect has shaped her approach to ministry.

Araujo and her husband are now in Atlanta, where she is a resident of the 1001 New Worshiping Communities movement — and in the early stages of creating Adore Brazilian Church.

In this episode, Hayden discusses the lovely surprise of welcome Fabiana received from Deer Creek Shores Presbyterian Church, and how joyful she was when the congregation opened its doors for organizing a new church.

Of the roughly 650 new churches that are part of the worshiping community network around the country, Hayden said almost 40% are led by people who have formal training in fields other than theology and ecclesiology.

“We don’t see this as a liability,” she said, “but as an important component of the ecosystem, where members in movement train and are influenced by one another.”

Araujo and her husband, Xechel, who loves to cook, have been busy on Saturdays inviting people over to their home for dinner and conversation. Their house has been full of people sharing good food and conversation as well as nurturing friendships.

When Hayden asked Araujo if she ever tired of being around people, Araujo described what happened at the most recent Saturday night dinner in their home — when folks didn’t follow the hidden rule of Brazilian hospitality.

“If people offer you coffee, this is a sign that you should get going,” said Araujo. “This last Saturday, we made coffee and we served it to people, but they just didn’t care. They had their coffee, but they kept on talking, and my husband looked at me and said, ‘I guess I’ll have to make some more coffee then!’”

Shortly after more coffee was made, one person began to get tired and realized how late it was. Then everyone began the process of leaving, gathering up their children — which, according to Fabiana, took another 30 minutes.

Despite such moments, Araujo believes the church can’t keep God’s love with its walls.

“We’ve got to give it back to world, and share it with other people: family, friends and even people who we haven’t met yet, but are waiting for someone to share God’s love,” Araujo said.

You can listen to Hayden’s conversations with Araujo in English or Portuguese here.

Join nearly 10,000 others by subscribing to the “New Way” podcast via  Spotify, GooglePlay, Stitcher or Apple so that you don’t miss an episode.

The New Way podcast is produced by Atlanta-based artist and pastor the Rev. Marthame Sanders, who also hosts the weekly podcast Aijcast, which is part of the 1001 New Worshiping Communities movement.

In 2012, the 220th General Assembly of the PC(USA) declared a commitment to this churchwide movement that would result in the creation of 1001 worshiping communities over 10 years.

Dear Lord, please be with those who seek to bring your message of hope and redemption to those in need. Please be with the many who are in dire circumstances. May they realize that you have not forsaken them. Amen.