Moving a Virginia church from one stone edifice to another 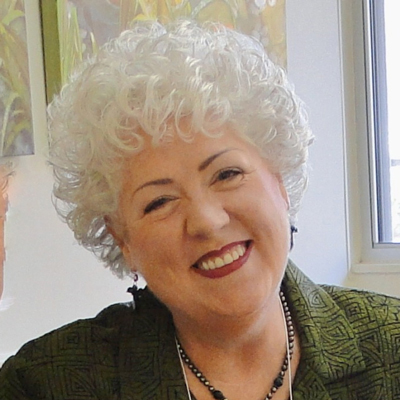 Susan Etherton, a ruling elder at Arlington Presbyterian Church who has 35 years experience in redevelopment and affordable housing, was part of a panel that spoke to the NEXT Church national gathering last week.

Susan Ehterton, a real estate developer and ruling elder at  Arlington Presbyterian Church in Arlington, Virginia with 35 years of experience in redevelopment and affordable housing, explained the church’s journey as moving “from one stone edifice to another stone edifice” — one with 173 units of affordable housing and, as it turns out, room for the congregation as well.

Etherton was part of a panel speaking on housing justice to the NEXT Church national gathering. (Also on the panel were the Rev. Ashley Goff, the pastor at APC; the Rev. Chris Dela Cruz, associate pastor at Westminster Presbyterian Church in Portland, Oregon; and the Rev. Hanna Broome, presiding elder at the AME Zion Churches in North Carolina.)

“It’s a quirky congregation,” Goff told the NEXT Church gathering. “It doesn’t always fit the mold of what a mainline congregation is supposed to be like.”

In 2014, the church decided it was called to sell its building and land to the Arlington Partnership for Affordable Housing and worship in temporary home while Gilliam Place, the affordable housing complex, was constructed on the site of the church building, which was demolished. Two years ago, the church moved into part of the first floor of Gilliam Place, where it shares space with its 173 neighbors and La Cocina Virginia, a nonprofit that provides job training and entrepreneurship development services.

“Your well-being is impacted by where and how you live,” Goff said, adding that Arlington’s affordable housing stock had diminished by about 90% in the two decades before Gilliam Place was constructed. Goff said the congregation “risked its own existence for the neighborhood.”

“You’ve got to continue to come outside your walls and get to know the needs of your community,” Broome said. When Broome visits churches in North Carolina, she tries to build in extra time to scout out the neighborhood where the church is located. “As faith leaders, we have to know our neighbors and how we can be a blessing to them,” Broome said.

“I think of breaking down the imaginations of what’s possible and breaking down the fear of churches getting involved” in issues like affordable housing, Dela Cruz said. When churches partner with other like-minded organizations, “it speaks to the power we churches have that we often don’t utilize or even see. Developers salivate at the property that churches own. It’s the power that churches have just by having a place.”

In Portland, the city was for a time citing people living in their cars in public spaces. Westminster’s clergy couple, the Revs. Gregg and Beth Neel, “said, ‘We have a parking lot. Folks are going to sleep there and we’re going to take care of them,’” Dela Cruz said.

“We do housing justice because there are people out there trying to survive in an economy where people can’t live in a home,” Dela Cruz said. “The folks who are surviving are leaders. You might as well follow their lead.”

“Resurrection,” Broome said, “is when we aren’t living just for ourselves. We are working with and for others, looking further out than just our own membership.”

“All of this sacramental,” Goff said. “Breaking down suffocating church traditions and structures. Breaking into by listening, recognizing and seeing the neighbor.”

“You may think we’re talking about 173 units of affordable housing,” Etherton said. “Really what happened is the breaking down of the building. We broke down barriers to being community together and listening to what God has for us next.”

“We developed agility and resilience we still have today,” Etherton said. “Ashley calls it improv, and it’s one of our core values today.”

“The call from God to build affordable housing was bigger than the building itself,” Goff said. “Now we’re on the first floor of Gilliam Place along with another nonprofit. When one of us hurts, the other hurts. When one rejoices, the other rejoices.”

“You don’t do this alone. You literally can’t,” Dela Cruz said. “There is beauty in the fact we are interdependent.”

We praise and thank you for your marvelous Creation. We thank you for the committed men and women who carry out your work in this kingdom. Bless them. In the name of Jesus Christ, our Lord, we pray. Amen.