As more teens identify as transgender, policy seeks to include them 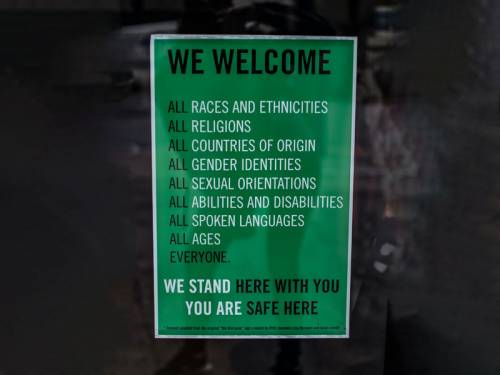 The Presbytery of New Covenant in southeast Texas has had a strong youth ministry for decades. A highlight has been its Youth Conclaves weekend retreats that are led by the youth themselves. These retreats are a time to meet other Presbyterian youth and a time to grow as disciples. Our presbytery also recognizes that youth is a time of exploration and identity formation — including gender or sexual orientation. This became apparent in February 2020, when a request was received regarding a young person who was hesitant to attend a retreat weekend because of who she is. Katrina is transgender. She had attended the previous year when she hadn’t fully come out, and she stayed in the boys’ cabin. While she knew she didn’t want to stay there, she wasn’t sure she would be able to stay with the girls. The presbytery’s General Council made a quick decision, with a hastily written policy, that Katrina could attend and stay with the girls. We felt that, at the very least, she could feel comfortable, and we were covered legally. We knew, though, that inclusion of transgender youth in church events had to be addressed because there were more teens like Katrina among us.

A 2019 Centers for Disease Control and Prevention report found that 2% of high school students identify as transgender. Thirty-five percent of transgender youth attempt suicide and 27% admit to feeling unsafe going to school. That’s why we included the following words in the final transgender youth policy: “In our work as a presbytery, our love for one another — especially those who are often excluded — is how we are known.”

We brought the transgender youth policy to our March 2020 presbytery meeting for a first reading. There were no comments. In retrospect, this wasn’t surprising because it was our first of what would be many Zoom meetings to come, and people were not only getting used to the format but were also reeling from the quickly unfolding ramifications of the COVID-19 shutdowns.

Before the second reading, General Council contacted pastors or clerks of session from every congregation in the presbytery to receive feedback. Most was positive, but two primary objections to the policy emerged. The first had to do with parental notification. Originally, the presbytery policy stated that if a youth comes out to their sponsor or the Youth Council leaders as transgender, the parents would not be notified. The reason for this is that instances of transgender youth being met with violence in their homes is simply too high. Instead, it was decided that the Youth Council leaders would work with the youth to find a way to talk to their parents. In addition, parents wouldn’t be notified ahead of time that their child would be in a cabin with a transgender youth. There were parents, youth sponsors and other adults who felt that parents should always be notified, no matter what.

The second objection had to do with inclusion of youth who aren’t comfortable rooming with transgender peers. The original policy included statements that some saw as discounting the genuine feelings of unease, disapproval and fear that some youth may have in the rather intimate situation of sharing a cabin and bathroom with a transgender peer. They didn’t want these youth to feel excluded or criticized because of their beliefs or feelings.

After a major revision, the policy was presented and approved in January. In the final transgender youth policy, wording was changed to assure folks that all youth would be welcome, even if they were uncomfortable with their transgender peers. Brief explanations were added around the issue of parental notification, which included that parent would be informed that their children may be staying with a transgender youth. Perhaps, though, the most important part of the policy is near the end. It states a reminder for us all: “It is difficult to imagine all of the situations where what we have always done is limiting or exclusionary. This document is intended to be a map towards inclusion. As a presbytery we continue to strive to find ways to be as inclusive as possible for all God’s children.”

Sovereign God, help your church in every corner of the earth to be committed to and effective in ministries with children and youth. Amen.