Telling God’s Good News through a variety of media 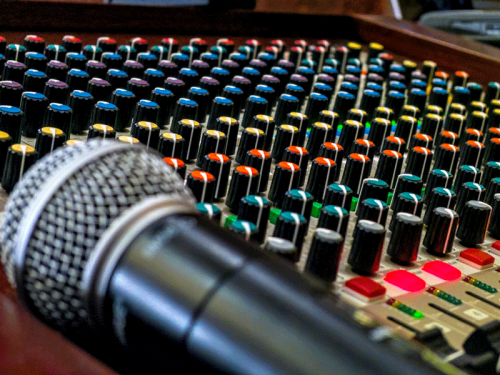 Photo by obi-pixel6propix via Unsplash

Communicators with the Presbyterian Church (U.S.A.) used written, visual and aural tools of their trade to garner 10 awards during this year’s Best of the Church Press ceremony held online.

The Rev. Lee Catoe, the editor of Unbound: An Interactive Journal of Christian Social Justice, and Simon Doong, mission specialist with the Presbyterian Peacemaking Program, were among the most decorated by the ACP for work completed during 2021.

Unbound was given an award of merit both as a Bible resource and a theme issue, section or series for its “Disabling Lent: An Anti-Ableist Lenten Devotional.”

Catoe and Destini Hodges, Young Adult Volunteers program coordinator, were honored with an award of excellence for their “Just Talk Live: A Faith and Justice Talk Show.”

Doong and Catoe garnered an honorable mention in the Audio — Podcast or Audio Series category for their “A Matter of Faith: A Presby Podcast.”

Rich Copley, a multimedia producer in the Presbyterian Mission Agency, was given an honorable mention in the National Reporting — Short Format category for his piece, “Rediscovering the songs of the enslaved” in Presbyterians Today.

Seebeck, a multimedia communicator, also was given an award of excellence for his piece “Facing the ‘unpretty things’ about our country’s history,” published by Presbyterian News Service.

Writing for Presbyterians Today, Tracy Mehr-Muska won an honorable mention in the Devotional/Inspirational (Long Format) category for “The role of ritual in pandemic recovery.”

Randy Hobson, manager of design and multimedia in the Office of the General Assembly, won an award of merit for his video “100th anniversary of the Tulsa Race Massacre.”

The Presbyterian Outlook won five awards from the ACP. Leslie Scanlon won an award of excellence for “Breaking the silence: Progressive Christians work to support reproductive rights.” The independent magazine won honorable mentions for “Supporting our soldiers” and Shannon Bevins’ “Navigating neurodiversity.” Dan Ott got an honorable mention for his theological reflection, “Killing.” The magazine’s editor, the Rev. Teri McDowell Ott, won an award of excellence for “Poetry and the spiritual life.”

For the Associated Church Press’ complete list of winners as announced during the Best of the Church Press ceremony, go here.

God of grace and glory, we thank you for this ministry and outreach. We ask that you continue to encourage and challenge them to accomplish your work as you lead them. In the name of our Savior. Amen.