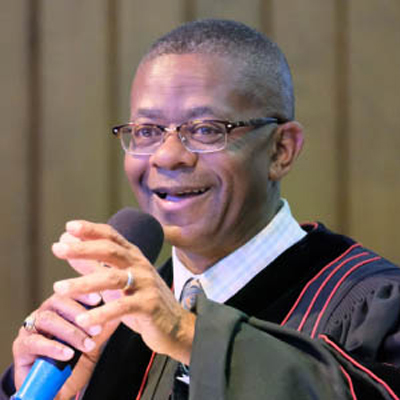 “What does it mean to actively follow Christ?” the Rev. Carlton Johnson asked three PC(USA) church leaders during a Vital Conversation panel discussion on Lifelong Discipleship Formation, which is one of the Seven Marks of Vital Congregations.

“We grew up worshiping Christ,” the Vital Congregations coordinator said. “But what does it mean to be awakened and engaged [with the gospel] in today’s culture, in issues including but not limited to injustice, inequality, segregation, oppression, suffering, abuse of Creation and the like?”

Johnson also wondered how each church leader has been able to move people from discipleship. That once meant getting more people into the pews, but now has deeper meaning, especially in the age of multiple pandemics.

“That’s a tough question, but poignant for us,” said the Rev. Dr. Jerry Cannon, senior pastor at C.N. Jenkins Memorial Presbyterian Church in Charlotte, North Carolina.  “Before February of 2020 [when the pandemic started], we were developing a secret sauce.”

Based on an “if you build it, they will come” model (think “Field of Dreams”) Cannon said C.N. Jenkins was built on inclusivity and the intentionality of welcoming all people.

Gradually C.N. Jenkins realized people weren’t coming for that anymore. But there was still a need. As God would have it, Cannon said, when the pandemic came, the Holy Spirit moved, helping the congregation revamp and see themselves differently — like a bus or airline terminal.

“I think that’s how we have to look at church now, as being a sending station, rather than a receiving one,” he said, “a place where people are exchanging ideas, where we are reaching people by going where they are. Where we have one’s ear and one’s spirit in the world and follow (the Holy Spirit’s) directions in an active way.”

For the Rev. Susan Brouillette, who is starting a new worshiping community in Lafayette, Indiana, discipleship all comes down to relationship and connection. At the beginning point of starting a new faith community, she sees her work as “a collaborative effort with God.”

Following the discipleship model of Christ, she is recruiting other followers of Christ who are excited, enthusiastic, and ready to authentically share their stories, build connections and create partnerships.

When disciples of Christ connect to themselves, to all of God’s children, to Creation and to God, Brouillette sees them doing things that are energizing for them — which leads, she said, to discernment and “how to live fully and abundantly as God’s hands and feet in the world.”

Being a literal word person, the Rev. John Cleghorn of Caldwell Presbyterian Church in Charlotte  pays attention in the gospels to where Christ went. For a long time, he said, Presbyterian discipleship was about learning and the lofty ideal of faith seeking understanding, which kept us in our heads. But it didn’t seep down to our hands and feet — and into our bodies, which God gave us to serve.

“Go where Jesus went, to the poor, the marginalized, and the rich,” he said. “Go to the sick and wounded, and then step away and go to the garden to pray. It [discipleship] doesn’t have to be any more complicated than that.”

In Cleghorn’s ministry context, it hasn’t been about moving the congregation to a deeper understanding that discipleship is more than getting people to church.  Instead, it was about keeping up with them during the pandemic. That’s because Caldwell closed as a church — and then was rebooted in 2007 with a clean slate of new people and ideas.

“Most came from another church experience and wanted something different,” he said. “Maybe they were hurt or wounded, or had been away from church. Maybe the church marginalized them and did not respect their humanity.”

Cleghorn said that by 2010, it would have been easy for Caldwell to get into a comfortable groove by saying and thinking, “we’ve got it all figured out.” But instead, the congregation stayed on the road laid out in its mission statement.

“The key is to not get complacent,” he said.

Glorious God, we praise you for your faithfulness. We pray for those who are searching for you without success that they would find peace in you. We thank you for the faithful. We ask that you continue to encourage and challenge them to accomplish your work as you lead them. In the name of our Savior. Amen.