‘This stuff is profound, y’all’ 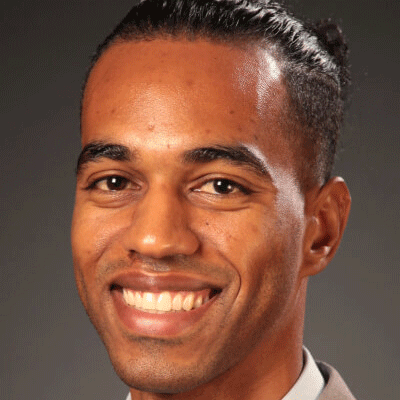 Well into his baccalaureate address at Louisville Presbyterian Theological Seminary this past spring, the Rev. Dr. Justin Reed asked graduates from the classes of 2020, 2021 and 2022, “How is God different now than when you started?”

“This stuff is profound, y’all,” Reed said. “We found God here, and yet it is God whom we continually seek. My hope and prayer is you will continue to celebrate what you found here even though you will find more to celebrate beyond this place. The work of justice never stops.”

“You will have a lifelong journey of seeking the inscrutable God present in all you do.”

With those words, Reed wrapped up the 168th baccalaureate address given to LPTS students, faculty, staff and family. He called his address “Finding That Which We Seek” and used Micah 6:1–8 as his text.

Micah, Reed helped students recall, was a prophet in Judah during the 8th century BCE. During “the most important part of his career, Hezekiah was the king,” a king whose titles — wonderful counselor, prince of peace — matched monikers later ascribed to Jesus. Jerusalem, the Bible and three religions — Christianity, Judaism and Islam — probably would not exist today if Jerusalem and Hezekiah hadn’t survived the Assyrian invasion.

“Finding that which we seek” may well remind his hearers of Jesus’ “seek and you will find,” Reed said.

“I think it’s fascinating that what we find is not necessarily what we were seeking at the start,” he said. Consider the seeking and finding recorded in John 4, Reed said: A woman went to a well seeking water, but found Jesus instead. “That woman went back to [her Samaritan] community and she preached because she found the living water, the Messiah. She realized in retrospect maybe that’s what she was seeking all along, and it’s maybe what she needed,” Reed said.

Centuries before, “Hezekiah thought he was helping people to survive and reform religion. Now we know the impact was way bigger than he could have imagined,” Reed said. “We can say something similar about your journey,” he told graduates, who were adding a few letters after their name, including “MDiv” and “DMin.”

“You found ways to combine passion and vocation, new paths to traverse, new degrees to get,” Reed said. “Some of you found a sense of home here, a deep and abiding friendship or a romantic partner.”

But when a prophet like Micah shows up, we start seeing things through a different lens, according to Reed.

“He doesn’t just praise Hezekiah because some people got security,” Reed said, citing examples where Micah calls out predatory lending and forced migration, those who “treat people like commodities to be consumed,” a justice system “that works for people who have money,” and a religious landscape “where spiritual leaders proclaim God’s favor on the wealthy.”

“Some of those injustices should sound familiar,” Reed said.

In Micah 6, God is “taking people to court. The point is not to punish, but to compel change,” Reed said. “That’s something I hope you are taking away from your time here.”

“Justice may not have been central to you when you got here,” Reed told the graduates. “But it’s hard to believe some of it didn’t rub off on you.”

The journey the graduates completed “was punctuated by pandemic and killing and the attempted killing of Black people. It’s an undeniable fact those will be part of your memories of seminary,” Reed said. He recalled holding his baby while watching students protest following the killing of Breonna Taylor.

“I would point and say [to the child], ‘See that person with the megaphone? That’s Louisville Seminary right there. That one with the rainbow mask? That’s us, too.’”

“I would tell my baby, ‘These people are doing this because they care about justice for your generation.’”

“The marathon continues,” he told graduates. “You have stepped into the work of doing justice and I’m confident it won’t end in this place.”

Grant that we, O God, may find new and joyful ways to bear fruit in this world you love so dearly, even as we gladly bear the yoke of Christ given in the covenant of baptism. Amen.