Crafting for a cause 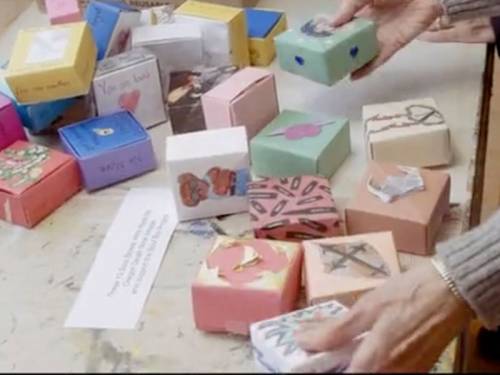 North Decatur Presbyterian Church in Georgia is crafting for a cause, creating “Soul Boxes” — decorated boxes that hold inside them the name of a person who perished by
gun violence. Courtesy of the Soul Box Project

What do working for the common good and crafting have in common? They both require the commitment, flexibility and hope to let something new emerge from something old, raw or broken. In 2018, North Decatur Presbyterian Church in Decatur, Georgia, a congregation with long-held commitments to social justice, created a new ministry that weaves both crafting and activism together. They call it “craftivism.” And its mission is simply to craft for a cause.

Their most visible initiative so far has been a multiyear witness to the victims of gun violence in the church’s home state of Georgia, which has garnered local, statewide and national attention.

In 2017, when the state legislature passed the “campus carry” House Bill 280 prohibiting colleges, universities and churches from banning handguns on their campuses, North Decatur Presbyterian began to witness through public prayer by reading the names of those who died by guns in Georgia each month and hanging a ribbon of the names along a wall outside the church. The death toll then averaged 50 names a month, and the ribbon soon extended to and doubled back along their curb.

Ellen Gadberry, a member of North Decatur Presbyterian’s peace and justice committee and founder of its liturgical arts group, discovered the work of the Soul Box Project, a national nonprofit arts organization that partners with groups to create a “visually stunning call-to-action” for individuals and policymakers to address “the U.S. gunfire epidemic.” In 2019, North Decatur Presbyterian became their first church partner and was the only house of worship to join the Soul Box Project for their culminating witness in Washington, D.C.

“Soul Boxes” are 3-by-3-inch origami boxes decorated with the names and sometimes the images of people who have died by a gun. At North Decatur Presbyterian, creators were encouraged to pray over these boxes and decorate them in a way that honors the unique life each box memorializes. “Each Soul Box I create should claim the person as a beloved child of God. Most of the images on the boxes are of young Black men, which makes me doubly sad,” said church member Alice Hickcox. “We have made hundreds of these boxes.” 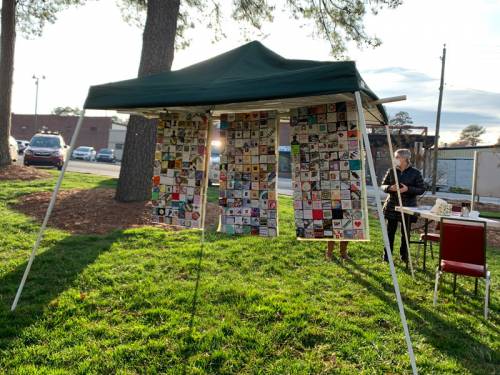 When the pandemic hit and North Decatur Presbyterian closed its doors to the public in mid-March of 2020, Gadberry, who is also a community and congregational arts consultant, searched for ways to continue the Soul Box ministry with a small group of 12 volunteers. She and her partner, Tim Merritt, innovated ways of using video to display their work in the edited recordings produced for virtual worship. For over a year, the church prayed for victims of gun violence: not just by reading their names aloud, but by watching the boxes being made or seeing the obituary photos flash on the screen as the names were read.

“Every month, when our congregation read the names, I dreaded that one day I’d hear my granddaughter’s name,” said Sherrill Terry, who joined the project because her granddaughter had been wounded five years before by a gunshot at a party in Atlanta.

During Covid, Terry involved that granddaughter in an effort to create 12 panels of 98 boxes each and display them in front of the statehouse during the 2021 winter session. The display was coordinated with the office of Georgia House District 83 Rep. Becky Evans, a church member. That event was canceled due to security concerns by the legislature after the riot at the U.S. Capitol on Jan. 6, 2021. Instead, the church pivoted and focused its energy on displaying the panels to the community during an outdoor Ash Wednesday service.

In October 2021, 14 church members — including grandmothers, mothers, teenage granddaughters and Evans — traveled to Washington, D.C., for “The Losses We Carry” event to display their 1,200 boxes on the National Mall with 200,000 other boxes from across the U.S. as part of the Soul Box Project.

The church’s peace and justice committee also has increased its advocacy for better mental health access, affordable housing and educating others on restorative justice. Like a work of fine craftmanship that is refined as it is developed, the work of social justice by the congregation continues to evolve and expand.

God of grace, who calls us into a common ministry as ambassadors of Christ and entrusts us with the message of reconciliation, give us courage and discipline to prayerfully serve together to declare your wonderful deeds and show your love throughout the world. In Jesus’ name we pray. Amen.