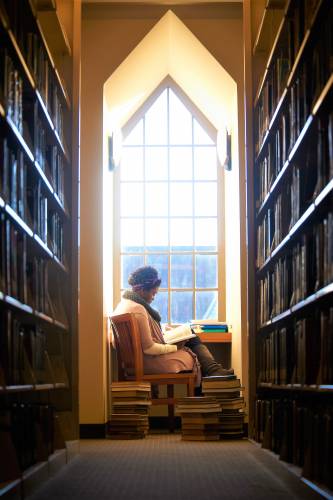 A student reads in the library at Agnes Scott College. (provided)

William Tennent probably never dreamed we would get to this point. The same could be said for John Witherspoon.

Tennent, some may recall, is considered by many to be the father of Presbyterian higher education in the United States. It’s been almost 300 years since this forward-thinking Presbyterian pastor established his ministerial Log College in Pennsylvania to educate and prepare commoners for ministry. The college was his response to the first “Great Awakening,” a revivalist movement in the early 18th century that aligned with the Presbyterian goal of “always being reformed.”

The success of Tennent’s Log College led directly to a broader effort by Presbyterians to formally train ministers in support of the Great Awakening. The first outcome of this effort was the College of New Jersey, which was founded in 1746 and would eventually be renamed Princeton University. In its early years, the College of New Jersey was led by another forward-thinking Presbyterian pastor with a passion for education, John Witherspoon. If the name sounds familiar, it’s probably because Witherspoon also served as a delegate to the Second Continental Congress and was the only active clergyman (and college president) to sign America’s Declaration of Independence from Great Britain.

The contributions of Tennent and Witherspoon inspired a generation of Presbyterian missionaries and pastors who subsequently spread out across the emerging nation establishing churches, schools and colleges. Today, the 54 institutions of higher education that are part of the Association of Presbyterian Colleges and Universities (APCU) not only stretch “from sea to shining sea” but wrap around the world, serving more than 140,000 students each year. They have played a critical role in the development of an educated American workforce and have also served as important economic engines for the communities in which they are located. More importantly, they have demonstrated the wherewithal and creativity to successfully navigate several major inflection points in the history of American higher education. 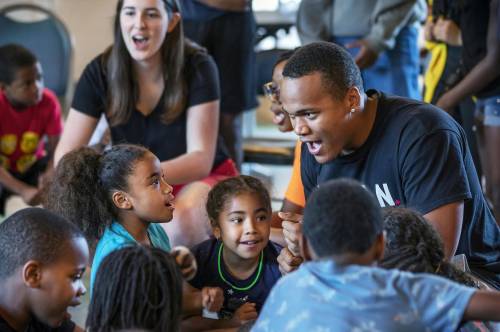 However, we now find ourselves at yet another inflection point, one accelerated by social unrest, political turmoil and the impact of a global pandemic that has further eroded the higher education ecosystem. This current inflection point is forcing nearly all of the nation’s colleges and universities to reinvent themselves.

In this post-pandemic era, the survivors will be those institutions of higher education that are able to adapt (or reform) themselves to the challenges presented by this inflection point while remaining true to their mandate and to why they were established in the first place.

The issues we are grappling with as a denomination — an aging membership base, declining financial support and a 37% decline in membership over the past decade — make this inflection point even more challenging for Presbyterian colleges and universities. Many of our schools have experienced decreases in church support at the local level as well as a decline in the percentage of Presbyterian students enrolled — from 18% to 6%. 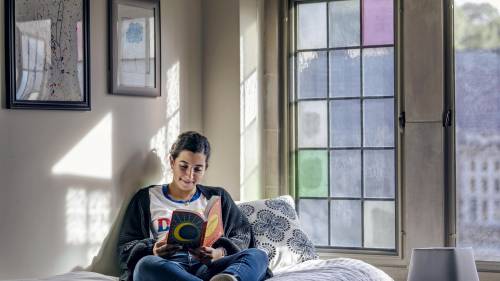 A student reads next to stained glass at Rhodes College. (provided)

Our schools are doing all they can to control costs and ensure that education remains accessible to students from all socioeconomic backgrounds, particularly Presbyterian students. Their willingness to collectively commit more than $1.2 billion in institutional support each year has helped to hold the average actual cost of attendance at APCU schools to just under $22,000 per year. That’s the good news. The bad news is that $22,000 is still a lot of money, especially for many of the families we serve.

For this reason, the APCU is in the process of establishing the Fund for Presbyterian Higher Education. Dollars generated from the fund will eventually provide grants and scholarships to support Presbyterian students enrolling at APCU schools. Establishing such a fund is an ambitious long-term goal but one that must be realized if our colleges — and our denomination — are to remain vibrant for another 300 years.

In much the same way that Tennent and Witherspoon were instrumental in establishing a Presbyterian commitment to higher education in the early 18th century, the APCU plans to be instrumental in advancing this commitment for the 21st century and beyond. And we will be counting on prayers and support from scores of Presbyterians who have a passion for education and a concern for the future of our denomination to see it through.

Jeffrey E. Arnold, Executive Director of the Association of Presbyterian Colleges and Universities

Gracious God, we give thanks for all educators who are closing the gap between the promise of humanity and the potential of human beings. Help us to remember these words from the 16th Proverb: It is better to get wisdom than gold, to get insight rather than silver. We ask this in the name of the one called “teacher.” Amen.