‘We’re the worst babysitters on the planet’ 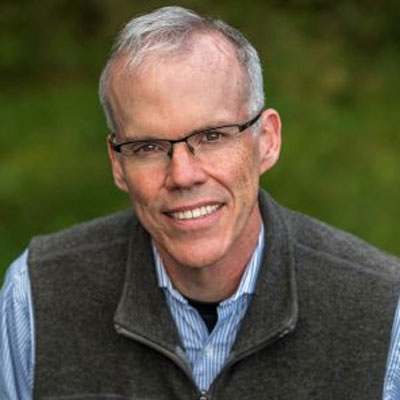 Author and environmentalist Bill McKibben is passionate about pursuing energy that comes from above — sun and wind, rather than from below — coal, oil and gas, fossil fuels that he says are literally “decreating” planet Earth.

In his lecture, “Running Genesis in Reverse: Moral Witness on a Decreating Plant,” livestreamed as part of the 2020 Festival of Homiletics, McKibben, founder of the grassroots climate change movement 350.org, said, “I’m not much of a theologian, but it seems like power from above, instead of from the other place.”

Scotland, he said, produces twice the electricity it uses every year from wind turbines.

We’ve failed so far in our job as stewards, he said. “The planet’s temperature is changing. Its ocean chemistry is changing. There are half as many wild animals on this planet as there were 40 years ago. All those creeping things and swimming things and flying things that God looked at and pronounced ‘good’ — we’re wiping out.”

We’re doing at least as bad a job with the gospel command to “love one’s neighbor,” he said. “We’re drowning one’s neighbor. We’re making it impossible for them to grow food.

We’re spreading illness and disease.” Fossil fuel pollution and climate change are projected to take 100 million lives, he said, almost all of them in the poorest parts of the world or the poorest sections of the U.S.

“If you measure the extra heat trapped by the carbon dioxide that we’ve put in the atmosphere from burning coal and gas and oil, it’s the heat equivalent each day of about 400,000 Hiroshima-sized explosions,” McKibben said.

“Warm air holds more water vapor than cold, which means in dry places we see more drought and more evaporation, and hence more wildfire.” It was only at the beginning of this year, he said — before the COVID-19 pandemic — we were “watching in awe and horror as an entire continent, Australia, burned in the most remarkable inferno we’ve ever witnessed on this planet.”

More warm air and more evaporation into the atmosphere subsequently means more flooding, he said, since the moisture that goes up has to come back down. Two years ago, some areas of Houston saw 5 feet of rain during Hurricane Harvey.

The “iron rule of climate change,” McKibben said, “is the less you did to cause it, the sooner and the harder you suffer. It’s the beatitudes turned upside down.” In the 30 years since scientists have offered their warnings, beginning about 1990, human beings have emitted more carbon dioxide than all of human history before, he said.

“So far, we have raised the temperature of the planet about 1 degree Celsius but, based on current trends, we’re on a course to raise it about 3 degrees or more. If this happens, we won’t be able to have civilizations like the ones we are used to.” The United Nations estimates around 1 billion humans — one in seven of us — will be displaced by climate change by the middle part of the century, he said.

“We do not have to go down that path,” McKibben said. “If we wanted to now, we could turn and turn fast, and move quickly, and make enormous change.” He predicts that 75 years from now, our planet will run on solar and wind power, but if we do not act now, “the world that runs on sun and wind will be a broken world.”

On the first page of the Bible, God tells us to have dominion over the land, but having dominion means protecting it, not abusing it, McKibben said. “It’s as if we’ve been left as babysitters and when Mom and Dad came home, the 2-year-old had tattoos and piercings. We’re the worst babysitters of all time.”

“If we do not make an all-out effort in the next decade, that prospect goes by,” McKibben said. “The interesting question is, given that we face an enormous crisis, and given that we have a solution, why aren’t we doing everything in our power? Why are we not moving heaven and Earth to get there?”