Here’s a hint: We have plenty of work to do 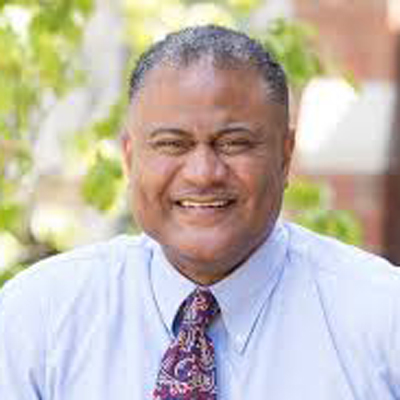 When the Rev. Dr. Rodney S. Sadler Jr. thinks of biblical accounts describing God’s community, the multitude from every nation as described in Revelation 7 springs to his mind, the “diverse panorama of people before the throne of God,” as he told the Presbyterian Foundation’s Rev. Dr. Lee Hinson-Hasty during a recent Facebook Live event, “What Does the Lord Require in Uprising?”

So does sheet full of creatures ready for Peter to eat, as described by Peter’s vision recorded in Acts 10:9–16. When Peter calls the food unclean, a voice tells him, “What God has made clean, you must not call profane.”

“It wasn’t just a diverse moment of people finding the spirit of the Lord dropped upon them all,” said Sadler, director of the Center for Social Justice and Reconciliation and associate professor of Bible at Union Presbyterian Seminary. “By the end of the (10th) chapter, once the Holy Spirit has come upon the people, they are able to give away their possessions and become a new community. We need to remember the presence of the Holy Spirit is the possibility of societal justice and reconciliation.”

Sadler said he uses the name “uprising” to describe the current protests from the people participating. “It’s people finding a way up, finding their voice, trying to start a larger movement of justice for all people,” he told Hinson-Hasty. George Floyd’s death, while “the straw the broke the camel’s back,” has also “given people the opportunity to move beyond fear, to say we need to claim back our police departments, our humanity and our human dignity.”

“And it’s not just Black people,” he said. “It’s Black, white, Latinx, Asian, Indigenous people, rich and poor, old and young saying ‘this is too much.’”

The uprising is tied to the COVID-19 crisis, he said, in that African Americans are dying from the virus at up to four times the rate of white people, “not because they are genetically weaker,” Sadler said, but because so many must go to work interacting with the public without personal protective equipment.

Coronavirus “has exposed issues of education, universal health care and voting rights — so many issues that are tied together,” he said. “This is a point of synergy when people left at the bottom are joining with others to bring out a new reality.”

Asked by Hinson-Hasty how God might imagine improving current policing tactics, Sadler mentioned re-evaluating how officers are taught, selected and trained. “In addition, we need to recognize the policing paradigm was founded as we were tracking enslaved people,” he said. “It was born in part during that period. There are racialist tendencies in that founding.”

“Police officers should respect the power of citizens, the people who pay them,” he said. “That power imbalance is evident.”

The deeper issue, he said, is the need to have “that long overdue conversation about race and the way it impacts us and makes certain people less than others. There is no such thing as privilege without the attendant underprivilege. … Some are born to serve, others to be served. This provides a mental schism that I think is tearing America apart today.”

It’s incumbent on white pastors, he said, to “claim their voice on the side of justice.” When pastors show up at uprisings, they ought to be wearing clergy attire “to show that we are concerned and that God has something to say about this.”

“We need to commit for the long haul,” he said, to toil alongside people of color, Muslims and Jews, “to work for a better America that really does serve us all well. The way we mistreat the least among us is the way we mistreat God.”

“This is also white people’s work,” Sadler said. “We need to have white allies working to dismantle the horrid results of this ideology.”

“God wants us all to be uplifted and blessed,” he said during a benediction to close out the 30-minute session. “May the God who loves us all and created us all equal be with us and inspire us to manifest this in this world, for Christ’s sake. Amen.”

Loving God, be present with your people who are working with passion and creativity for the mission of your church. Give them the grace to continue in their course in such a way that others will see your love at work. Amen.