A God who picks favorites?

Cain, Abel and worldwide inequality among the subjects of Presbyterian Association of Musicians Bible study 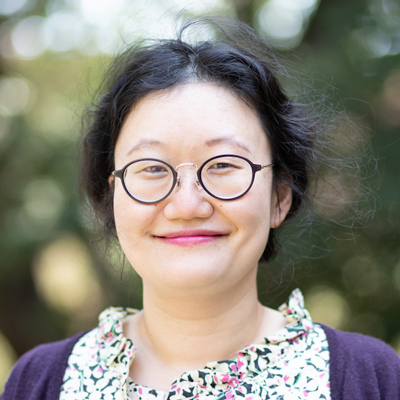 Whoever wrote the book of Hebrews — especially the 11th chapter, which the Presbyterian Association of Musicians was studying as part of its online 50th anniversary celebration — wasn’t a very careful reader of the biblical account of humankind’s first murder, told in Genesis 4:10-10.

“The details are a bit murky” in the Hebrews account, which claims that Abel’s sacrifice was “more acceptable” to God than Cain’s, said Dr. Suzie Park, assistant professor of Old Testament at Austin Presbyterian Theological Seminary. Park was offering a two-part Bible study to the 900 or so people registered for PAM’s worship and music conference, celebrating the organization’s golden anniversary.

Many of us read the account of God rejecting Cain’s gift of produce and accepting Abel’s offering of his animals and decide that Cain has done something wrong. “The easy answer, reflected in Hebrews, is that Abel brought something better and Cain brought something deficient,” Park said. “The problem is, that’s not what it says in Genesis.”

The writers of Genesis “could have told you exactly what was wrong with Cain’s offering, but chose not to,” she said. Abel brought the firstling of his flock, and first means best, so maybe that’s part of it. But “vegetables and fruits don’t work that way,” Park said. The first fruits aren’t necessarily the best. “The closest answer we get is that God likes meat over vegetables.”

That doesn’t answer the theological problem, she said. “If we can’t think of anything Cain did wrong, why God would refuse his gift, then God is arbitrary or unfair,” she said. And if that’s the case, “God could decide not to like you. God likes some people and their gifts better. … This seems highly unfair.”

Look at the world we live in, she suggested. Does it speak of a fair God, or an unfair God? “The reality is, the world remains unfortunately highly unfair,” she said. Some of us are born, she said, to what could be seen as the right family in the right country. We have the right amount of money and educational opportunity. We also have the right gender and the right sexual orientation. “In our world, we call it the luck of birth,” she said.

She said she sometimes asks her students if they want God to be completely fair. At first students say, “Of course,” but after they think about it, “they start moving backwards.”

Left to our own devices, we also would prefer a better explanation than the Genesis account offers for why Cain killed Abel. She imagines a conversation the writers could have included. “Abel, I’m so sad God didn’t like my gift. Can you help me do better?” Cain asks his younger brother. Abel’s suggested reply explains Cain’s rage: “Why would I help a loser?”

“The writer has an almost impossible task. … You might like to leave that line blank, too,” she said. “The point is, there is no good answer to the question of why do we kill each other. We have hints with their names, but not a complete and true answer — only possibilities.” Like all good stories, this story asks lots of questions instead of providing good answers, she said.

They’re questions we can ask ourselves today: “How would you behave? When do we feel more like Cain? Abel? Why does God allow unfair things to happen? Why do we hurt each other even when we’re part of one family?”

Park had even more questions by the time she wrapped up: As the writer of Hebrews says, is Abel a paragon of faith? If he is a paragon, how is he a paragon? What does faith look like now? What are the modern-day equivalents of Cain and Abel? How can we understand today’s Cains and Abels better?

Sovereign Lord, empower your churches with wisdom that is pure, peaceable, gentle, and full of mercy and good fruits, that we might be faithful to your gospel and work to overcome divisions. And invigorate us, that we might be a witness to your grace, peace and reconciliation. Amen.