The Wright Library is named in honor of the Rev. Theodore Sedgwick Wright, PTS Class of 1828 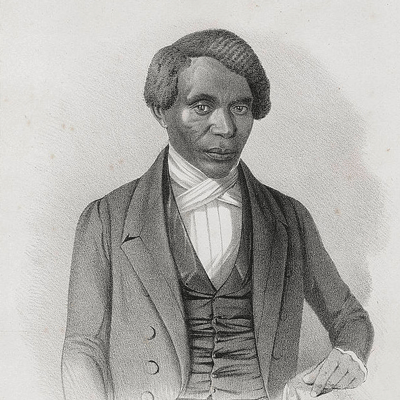 The Princeton Theological Seminary community held a library dedication service recently to name one of its most visible and revered buildings on campus after alumnus Theodore Sedgwick Wright, class of 1828, who was a prominent abolitionist and pastor. An unveiling of the entrance revealed “Wright Library” etched in stone.

“Theodore Sedgwick Wright was extraordinarily courageous in his pursuit of justice, and his life still serves as an example for us all as we reflect upon how we live out our faith in society today,” said Princeton Seminary President M. Craig Barnes, according to a seminary news release.

“Theodore Sedgwick Wright was a giant,” said Lisa Bowens, PhD ‘14, associate professor of New Testament, during her biographical presentation of Wright’s life. “He was a well-known abolitionist, preacher and pastor who was a part of a group of leading abolitionists of his day that included people such as Frederick Douglass, Daniel Payne, Samuel Eli Cornish and David Walker.”

Wright was the first African American to graduate from Princeton Theological Seminary. He served as the pastor of the Shiloh Presbyterian Church of New York City (formerly First Colored Presbyterian Church of New York City) from 1829 until his death in 1847. Wright was one of the founders of the American Anti-Slavery Society and served as chair of the New York Vigilance Committee, which worked to prevent the kidnapping of free African Americans.

The service also included an opening prayer given by Tamesha Mills, MDiv candidate and moderator for the Association of Black Seminarians, and remarks were given by Michael Fisch, chair of Princeton Seminary Board of Trustees. The Rev. Dr. David Latimore, director of the Betsey Stockton Center for Black Church Studies, concluded the ceremony with a closing prayer. The highlight of the evening was the unveiling of the new name led by the Rev. Dr. John White, dean of students and vice president for student relations.

The Princeton Theological Seminary Library is among the world’s most comprehensive theological research libraries serving both the seminary and the global community. The library strengthens teaching, inspires learning, broadens access, fosters research, embraces change, and advances and preserves knowledge, in support of the seminary’s mission. Shaped by two centuries of development, the library embraces its role at the intersection of the theological record and the community of scholars; continues Princeton Seminary’s commitment to build collections of depth; and promotes an environment of broad access to the theological heritage. With more than 1.3 million print and electronic books and journals in its general collections, a digital library (Theological Commons) of more than 150,000 resources, a robust Special Collections and Archives department of rare books, manuscripts, archives, cuneiform tablets, art, artifacts, and digital archival collections, as well as an inspiringly beautiful building, the library is a heavily utilized resource.

The naming of the library is a milestone in the implementation of a multi-year action plan to repent for the seminary’s historical ties to slavery.

When we feed your people, Lord, your Spirit feeds us all. When we clothe them, we wear your good news. Amen.